Hank Adler
|
Posted: Feb 04, 2018 12:01 AM
Share   Tweet
The opinions expressed by columnists are their own and do not necessarily represent the views of Townhall.com. 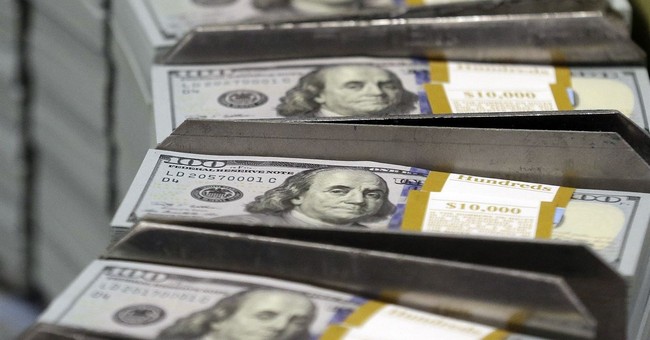 If you were worried that the wealthiest California taxpayers were paying too much in Federal taxes, the Democratic dominated California State Senate apparently has been equally concerned and has proposed a "tax" law change that would allow California taxpayers to deduct 85% of their California state taxes as "contributions" in their federal income tax returns.

In short form, the proposal is for California taxpayers to pay an amount equal to their California taxes to a non-profit "charity" that will in turn donate the money to the state. Of course, the California Senate has found a couple of tax professors to bless the plan and apparently the California Senate believes that neither Congress nor the Internal Revenue Service will so much as acknowledge any disagreement with this plan.

Apparently the California Senate has been convinced that Shakespeare is incorrect and that "A Rose By Any Other Name" is no longer a useful expression for analyzing income tax planning ideas. Of course a quick Google search will find literally hundreds of Tax Court cases that have come to other conclusions. With all due respect to the professors who have blessed this legislation, this is the kind of idea that if proposed to me by a prospective client, I would decide that this was a client I could do without. A "cute" idea generally is not viewed favorably in the Tax Court.

The problems with the proposal are legion: (1) The Internal Revenue Service will undoubtedly contest and propose a corrected tax plus penalties on every tax return that includes a deduction for a donation to the California Excellence Fund (2) The Internal Revenue Service will undoubtedly propose penalties on any tax return preparer that signs such a tax return, (3) It is highly likely that the Administration will refuse to work with California on virtually any issue where federal help is needed, (4) There is not one dollar of benefit to the State of California, (5) the legislation does not address the reality that if passed, California 2017 estimated tax payments will disappear as the donations to the California Excellence Fund are all made on December 31th, thereby forcing California to borrow funds to keep California's government open,  (6) anyone who has spent a few minutes reviewing historical California tax data knows that virtually the only beneficiaries of this plan will be taxpayers showing federal adjusted gross income exceeding $150,000 and (7) the state would have to administer the plan, which would not be inexpensive. (it is important to note here that many taxpayers with taxable income approaching $150,000 were already losing their tax deductions as the result of the alternative minimum tax.)

The California Senate's hatred of President Trump is so overwhelming that they have determined to undermine the federal income tax system by proposing that wealthy California taxpayers take bogus deductions on their individual tax returns.

There is a claim being made that this legislation will save "middle income taxpayers" money. This would be the case only rarely because the increase in the federal standard deduction from $12,600 to $24,000 is so significant. In 2015, the data prepared by the California Franchise Tax Board shows that until adjusted gross income for federal purposes exceeds $150,000, the average qualified deductions are around $21,000.

Putting the $24,000 standard deduction into a little perspective, a married California taxpayer with $100,000 in California taxable income pays $4115 in California income taxes. 85% of 4115 is $3500. So, before that taxpayer will become a taxpayer who itemizes their deductions, their home interest, real estate taxes, and contributions must equal or exceed $20,500.

But the ultra-wealthy win big.

In 2015, 8051 California taxpayers filed tax returns with individual adjusted gross income of over $5 million. These folks combined to have taxable income of $132 billion. and paid just short of $17 billion of state and  local taxes. The California Senate wants to award these folks a deduction of over $14 billion against their federal income taxes.

And who would ultimately end up paying these additional federal taxes? Probably everyone else!

The federal tax bill has already reduced federal taxes on taxable income from most businesses from 39.6% to about 29%. Are we kidding here? The federal taxes on qualified business income have been reduced by more than 25% and the California legislature, with no benefit to other California taxpayers, wants to reduce wealthy folks' taxes even more. If the California Senate was not working almost solely to favor the ultra-wealthy, there would be a limit of say, $10,000  in deductible donation to the California Excellence Fund. That way, all of the benefit would not fall to the ultra wealthy.

And why would the California legislature do this? Bottom line: they hate the President of the United States and if the only thing they can think to do to show that hatred is to benefit the rich, so be it. And maybe those ultra wealthy taxpayers will make significant political donations to anyone favoring this plan who might be planning to run for California elective office in 2018.