Hank Adler
|
Posted: Jul 29, 2017 12:01 AM
Share   Tweet
The opinions expressed by columnists are their own and do not necessarily represent the views of Townhall.com. 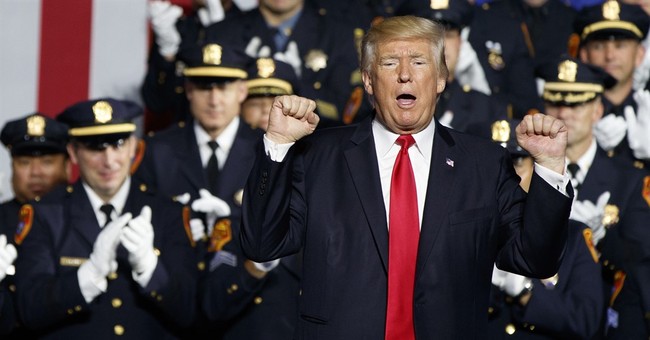 If you want to drain a swamp, you don't hire someone who once flew over a swamp and wants to be an alligator. You hire someone who has experience draining swamps, can deal with the regulatory agencies and can hire a competent contractor to do the necessary construction work.

If your company is struggling with internal management issues, you don't hire individuals who kiss up and kick down. You don't hire someone who on day one threatens to fire every employee in the building.

If you want to lead a nation diversified in color and gender, you don't make your public face three men of the same color who each look like if you turned your back, they would kick your puppy.

And you never publicly humiliate anyone on your team. Who would come work for you next?

If the White House were The Apprentice, what would the President do?

The boss needs a CEO management course and it would not hurt if he put an experienced management consultant or the CEO of a major diversified entity on speed dial. The boss needs to work with and through his team without under cutting them on social media. A strategy would be a plus.

The people outside the President's office need to be competent. The people outside his office should reflect, at least to some extent, the citizens of the United States. While we don't need a gender identity test, it just cannot be all white males. They should be a team!

And the team needs an old hand. There needs to be someone who was in the swamp. It would seemingly be impossible to get another Senator to resign their Senate seat given the abuse being heaped on Attorney General Sessions. Newt comes to mind as does former Senator Connie Mack.