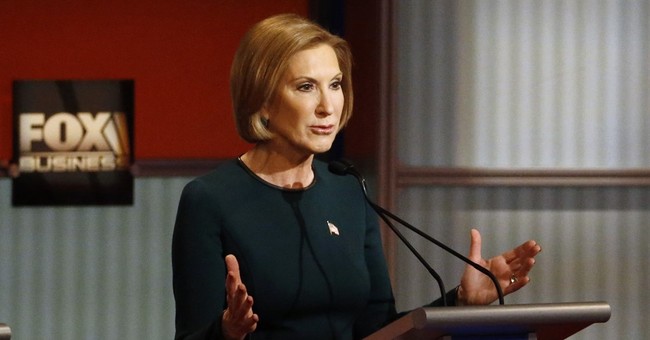 "There is always a well-known solution to every human problem--neat, plausible, and wrong." This comes from H.L. Menckin. "There is always a politician trying to convince you that tax reform is easy, you should be able to do your taxes on a postcard and we should be able to abolish the IRS." This quote comes from me and I suggest this is proof that H.L. Menckin was right.

Tuesday’s economic debate on Fox provided various tax proposals including a flat tax, elimination of the estate tax, the postcard tax return and the abolishment of the IRS. Let's tend to these in reverse order:

We can re-name the IRS. We can make their job easier. But, we need a tax collector. We need someone to ensure that all taxpayers are reporting the correct amount of income, paying the tax required and paying that tax timely. This is true whether we have an income tax, a FairTax or a national sales tax. Without people to ensure the accuracy of the calculation of income, the system collapses. The FairTax requires a monthly payment to every family in the United States. Some entity would be necessary to monitor those payments and that same entity would be required to ensure that business paid the proper amount of FairTax. Nations need tax collectors. True today; true in the days of the Pharaohs.

Be wary the postcard approach. The postcard approach allows for little or no exceptions or exclusions. Do we want (1) 100% of all social security payments taxed, adding potentially millions to the tax rolls, (2) elimination of the ability of self employed individuals to have pensions in excess of social security, (3) food stamps, welfare payments, Medicaid payments and all other sundry payments from the government to be income, or (4) elimination of the casualty loss? Do we want State governments to have their borrowing rates increase by thirty or forty percent? The list of issues would go on for far more than three pages. How in the world could a three page Internal Revenue Code provide sufficiently clear direction to prepare a tax return for an international pharmaceutical company or a Donald Trump? That is essentially what is required if we only have a few square inches to support the calculation of taxable income. And do we really want individuals to determine what is taxable income from a personal business without any rules or listings of expenses? The reality is that most Americans already file an income tax return with less than four pages and we have some humanity in determining what is taxed.

Be wary of the individual who wants to eliminate the estate tax. This means that individuals who have appreciated property would never be subject to any taxes on that property. Be reminded that there is no estate tax unless an individual has net assets in excess of $5 million. Who really knows what the fair market value of Mr. Trump's assets are, but if they are around $11 billion as he says, the elimination of the estate tax would provide his heirs with billions of dollars of assets on which no taxes have ever been paid. Increases in fair market value are only taxed if assets are sold. Same with Marc Zuckerberg, who with $24 billion of Facebook shares on which he has not paid a dollar of tax, would avoid about $12 billion of taxes. In over-arching simplicity, most fabulously wealthy individuals have not paid income taxes on their accumulated wealth except to the extent of salary and asset sales. The elimination of the estate tax would cast them as effectively lifelong non-taxpayers. This would be the real effect of the elimination of the estate tax.

And the flat tax. Think of the $30 million dollar a year professional baseball player. Should his taxes be reduced from $12 million per year to $3 million per year? Any answer here is defendable, but I think $18 million of after tax cash on a $30 million salary is just fine.

There are lots of great ideas around for tax reform. From my perspective, we could eliminate all deductions except the casualty loss for people who have experienced an earthquake or a hurricane. We could eliminate every credit and substitute any necessary welfare type tax credits with welfare payments. This would eliminate most of the pain of preparing a tax return if someone does not have a business. It would be a great first step if accompanied by lower rates to offset the elimination of deductions.

The conversation on tax reform must focus on three issues: (1) Will the new tax law be sufficiently robust and explicit to ensure that everyone pays taxes based on an explicit set of rules? To do so, there must be sufficient rules to define taxable income so that individuals cannot make its own interpretations. (2) Will the new law cause any significant levels of disintermediation causing significant short or long term job losses? (3) Will a new tax law be perceived as fair to most Americans?