Immigration and the Laws of Politics 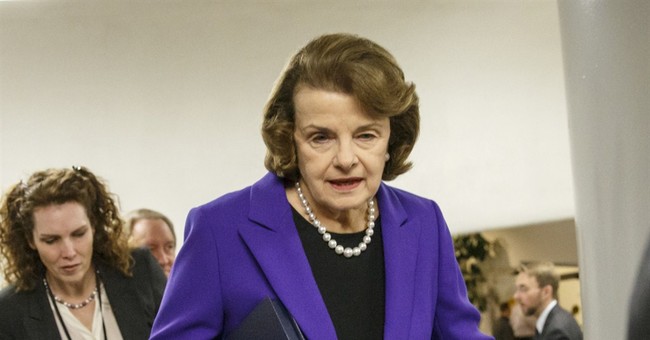 San Francisco has had an alleged murder by an individual living in the United States illegally despite having committed five felonies. The alleged murderer had been released by San Francisco authorities rather than turning him over to ICE. Enter the politicians.

San Francisco is dealing with the tragedy of an alleged murder of an innocent where the alleged murderer was in the United States illegally. This individual had been convicted of five felonies in the United States and was recently released into the general public by San Francisco authorities because, well, apparently just because San Francisco does not believe that the Federal laws about immigration are appropriate. San Francisco is a "sanctuary city" and has determined not to cooperate with ICE or any agency of the Federal government with respect to immigration issues. Sadly, the city has reaped that which it sowed.

Enter the Big Three of Democratic politics, Clinton, Boxer and Feinstein, each of whom can be found to have supported sanctuary city policies. This can be verified after about two minutes of research on Google.

Senators Feinstein and Boxer respectively responded to the tragedy with: "I strongly believe that an undocumented individual, convicted of multiple felonies and with a detainer request from ICE, should not have been released. We should focus on deporting convicted criminals, not setting them lose on our streets." and "For decades, I have supported deporting violent criminals, and I have always believed sanctuary should not be given to felons." (Of course, Senator Feinstein was once Mayor Feinstein and in 1985, she signed the initial legislation in San Francisco that created sanctuary status for individuals from specific countries who were illegally in the United States.)

And Mrs. Clinton: "The City made a mistake, not to deport someone that the federal government strongly felt should be deported. So I have absolutely no support for a city that ignores the strong evidence that should be acted on." (The Federal law does not consider the concept of "strongly felt." This sounds like a line by Demi Moore in A Few Good Men.)

Given the debate on non-violent crime and many liberal views on the issue of non-criminalization of non-violent crimes, one can only speculate as to how any of the Big 3 would have reacted last week to the following premise and question: "While Mr. Smith is a convicted felon, he has served his time as required by society. At no time has Mr. Smith been involved in a violent crime. He is in the United States illegally and in San Francisco. At the moment, he is being detained by the police. Should he be deported?" Two weeks ago, this may well have been exactly the status of the individual now being held on suspicion of the murder of Ms. Steinle. I, for one, do not believe that all three of these politicians would have opted for deportation based upon the facts that existed before the alleged murder.

The Big 3 Democrats’ outrage at the murder in San Francisco is no more than politics as usual.