Without Senate Approval There Are No Treaties 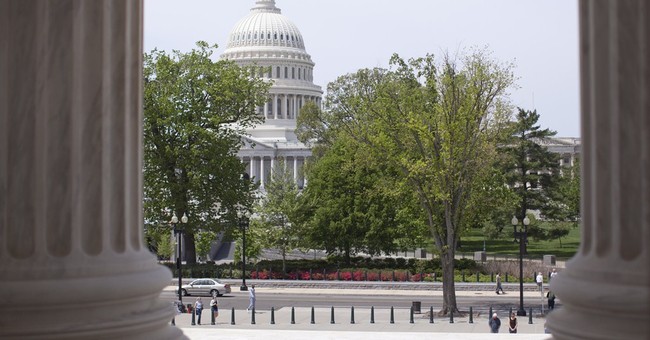 Today, the Obama Administration announced that it had finalized its nuclear agreement with Iran and had agreed to sell the Iranian government a wide range of nuclear weapons and specific delivery systems with a range of less than eight hundred miles. The administration hailed the agreement as the best possible result available and challenged Republicans to develop a better alternative. In turn, the Ayatollah delivered a speech in Tehran explaining that the American Administration's announcement misstated the agreement and that the delivery systems promised had a range of seven thousand miles. Both parties have indicated that Iran's word is its bond, therefore, no inspections will be necessary. Finally, both the United States and Iran had agreed that for the next decade, neither country would sell nuclear weapons to any other nation. Iran has also committed not to exploit their having both nuclear weapons and attendant delivery systems to blackmail any of their neighbors.

The Administration’s spokesman provided color on the underlying concept that the instantaneousness of Iran completing its goal of an offensive nuclear capability would prevent a nuclear arms race in the Middle East. The real and immediate threat of Iran having the ability to blow Egypt or Saudi Arabia off the face of the earth if they began developing or threatened to purchase nuclear weapons would likely be sufficient to limit additional nuclear development in the Middle East.

The answer to the above question is yes; there is something crazier than the two parties sitting at the negotiating table and subsequently releasing completely different explanations of the crucial parts of the negotiation results. What is crazier is the position of the Administration with respect to the United States Senate and their role with respect to treaties.

The three key positions from the Administration are: (1) Should Congress approve a bill that provides that an Iranian agreement needs Senate approval, the President will veto the bill, (2) Congressional members should “hold their fire” and not discuss the negotiations until they are complete and (3) that it was inappropriate for Members of Congress to question the actions of the Secretary of State even if his comments regarding the state of negotiations are not consistent with the comments of the Iranian representatives.

The administration seems to believe that any document must be entitled a treaty before the United States Senate is allowed to act under the Constitution. This is simply not the case. One need only ask why NAFTA is a treaty as there is no word ‘treaty’ in the title. Using Wikipedia, “A treaty is an agreement under international law entered into by actors in international law, namely sovereign states and international organizations. A treaty may also be known as an (international) agreement, protocol, covenant, convention, pact, or exchange of letters, among other terms.”

Congress must speak out; Congress must vote on approval or disapproval on any nuclear agreement with any nation. Otherwise, the Senators, one and all, may as well just return to their home states and find something useful to do. And it would be equally appropriate for every presidential candidate, including anyone who announced their candidacy over the weekend on Facebook, to unequivocally endorse the necessity of the United States Senate weighing in with respect to treaties as required under the Constitution of the United States.