The Resurrection of Jesus Christ - Not the Stuff of Fables, Forgery or Fabrication

Gregory Rummo
|
Posted: Apr 12, 2020 12:01 AM
Share   Tweet
The opinions expressed by columnists are their own and do not necessarily represent the views of Townhall.com. 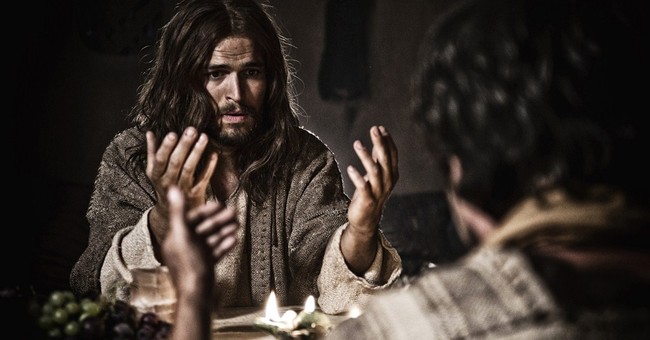 Today the Christian world celebrates the culmination of events that occurred over a week-long period about 2,000 years ago.  The God-man, Jesus Christ; who rode into Jerusalem to the cheers of his followers shouting “Hosanna!” would be betrayed, denied and deserted by his closest friends; reviled and cursed by an angry mob, beaten and spit upon by a group of Roman soldiers and ultimately crucified on a cross between two thieves outside the city of Jerusalem at a place called Golgotha, “The Skull.”

Yet His death is not the most important element of Holy Week.  It is His resurrection, without which Christ’s death would have been in vain.

The resurrection of Jesus Christ is that aspect of Christianity that sets it apart from all other religions.  Christians worship and serve a living God.

The apostle Paul reminded the church in Thessalonica of this truth stating: “Ye turned to God from idols to serve the living and true God ... whom he raised from the dead...” (1 Thessalonians 1:9).

Former atheist but now well-known speaker and author of several books on biblical apologetics, Josh McDowell, set out as a young man to debunk the claims of Christianity.

“I aimed to show everyone that Christianity was nonsense,” he explained in an article titled “If I Had Faked the Resurrection.”

“I thought it would be easy. I thought a careful investigation of the facts would expose Christianity as a lie and its followers as dupes. But then a funny thing happened. As I began investigating the claims of Christianity, I kept running up against the evidence. Time after time, I was surprised to discover the factual basis for the seemingly outlandish things Christians believe. And one of the most convincing categories of evidence I confronted was this: The resurrection accounts found in the Gospels are not the stuff of fable, forgery or fabrication.”

McDowell explains that if he had wanted to fake the resurrection of Jesus Christ, he would have waited a prudent amount of time before publishing the events of Holy Week, publish the account far from where it actually happened, select his witnesses very carefully, avoiding the use of any names and certainly no prominent figures, disguise the actual location of the tomb and attempt to squelch any inquiry or investigation.

But the apostles broke all of these rules.

Not only did they preach about the risen Christ boldly and immediately – within 50 days of the resurrection – but written accounts of the events of Holy Week appeared as early as two years later, originating in Jerusalem, the very city where they took place.

No less than 16 eyewitnesses of the resurrection are mentioned by name and one was a very prominent member of the Sanhedrin, Joseph of Arimathea, who was present when they buried Jesus Christ in Joseph’s own tomb.

“As a member of the Sanhedrin, a Jewish Supreme Court, he would have been well known,” writes McDowell. “No one could have invented such a person who did not exist and say he was on the Sanhedrin if such were not the case.”

Additionally, the Apostle Paul wrote that [Jesus] was seen by about 500 brethren at once; “of whom the greater part remains unto this present (time)....” (1 Corinthians 15:6).

The theologian Dr. Edwin Yamauchi, commenting on this passage from First Corinthians, writes, “What gives special authority to the list [of witnesses] as historical evidence is the reference to most of the five hundred brethren being still alive... Paul says in effect, ‘If you do not believe me, you can ask them.’”

But the testimony of the apostles did not end with their fervent preaching of what was and still is the greatest and most powerful story ever told.  Many willingly died a martyr’s death.

Bible scholar Lee Strobel writes, “People will die for their religious beliefs if they sincerely believe they’re true, but people won’t die for their religious beliefs if they know their beliefs are false....  The disciples were in a position to know without a doubt whether or not Jesus had risen from the dead.  They claimed that they saw him, talked with him, and ate with him.  If they weren’t absolutely certain, they wouldn’t have allowed themselves to be tortured to death for proclaiming that the resurrection had happened.”

One of those men was the Apostle Peter who history tells us was martyred by crucifixion in Rome.  He boldly proclaimed, “For we did not follow cleverly devised tales when we made known to you the power and coming of our Lord Jesus Christ, but we were eyewitnesses of His majesty,” (2 Peter 1:16).