Gil Gutknecht
|
Posted: May 27, 2018 12:01 AM
Share   Tweet
The opinions expressed by columnists are their own and do not necessarily represent the views of Townhall.com. 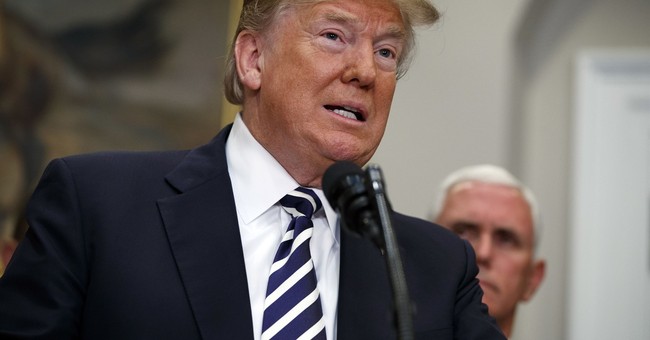 The Guillotine is a gruesome instrument of Justice.  It was named after Dr. Joseph-Ignace Guillotin who recommended that the French government adopt a gentler, more humane method of execution. It was used for capital punishment for more than 150 years. The last execution via the swift blade took place in 1977 just before the French outlawed capital punishment. Early on it was an especially favored instrument in meeting out Justice for traitorous political plots. Today, the term “heads will roll” originates from its use.

It may take a few more months to clear away all of the remaining roadblocks and stonewalling. But, the incriminating documents will inevitably be procured. Too many people were part of the plot. Some will cop a plea. Professionals inside the FBI are now coming forward, asking to be subpoenaed so that they can testify before Congress. Motivated to clean up this mess, they want to share what they know. President Trump is now fully engaged and demanding complete transparency. Even his worst detractors would attest to his tenacity.

Once Professor Halper is extradited from Oxford and is facing the possibility of life in prison for his central role in the conspiracy, he will sing like an Irish tenor. Combining his testimony with the OIG Report and the treasure trove of incriminating evidence surely contained in the 40,000 documents yet to be turned over should be enough to convict at least six of the high ranking co-conspirators. Perhaps the Sessions appointed investigator from Utah has already authorized secret electronic surveillance of key figures. If so, that information may net even bigger fish.

Former Director of National Intelligence James Clapper probably did himself serious damage with his earlier conflicting statements made under oath. But, his backhanded admission that yes, at least one Confidential Human Source (Spy) was hired to imbed and entrap Trump campaign operatives certainly cooked his goose. That could have happened only with his approval. His ham-fisted attempt to justify the treasonous actions by saying that Mr. Trump should be thankful because they were only trying to protect him from the rascally Russians probably won’t play well with prosecutors. His clumsy reasons for not sharing any of this with Trump and not providing similar “protections” for the Hillary campaign only add to his problems. There will be no offer to strike a deal with him. The paper trail is clear. It will make him disposable. He must know by now that his head, metaphorically, is on the block.

The complicated story of the Insurance Policy referenced in text messages we now know was actually operation Crossfire Hurricane. It is all unraveling as I write. It won’t take a team of mean-spirited partisan prosecutors to prove the treasonous political motives behind it. Objective observers can see that. Just as more and more Americans now see the whole Mueller effort as little more than a stinky partisan smokescreen designed to cover the actions of his high ranking friends at DOJ and the FBI. The fog will continue to lift, it always does. The media subterfuge and excuses notwithstanding. It may be hard to prove that Mueller and his team colluded with Comey et al. But as the facts of this ugly story continue to unfold, Mueller’s work and reputation will suffer permanent damage.

All of the delays, redactions and obfuscations by Rod Rosenstein make sense only if we assume that he is somehow complicit in the conspiracy. His claims of protecting the integrity of the DOJ and FBI ring absolutely hollow. He must be covering his own tracks. We will know very soon what part he played in creating the mess and how he delayed finding the facts that would lead to its resolution.

Let me be clear, I am not calling for the construction of a Guillotine on the Capitol Mall. But, the Spygate scandal is real! And it represents a dangerous threat to our Republic. There has to be accountability.

Heads will roll. They will definitely roll!