Slow Learners at the 9th Circuit 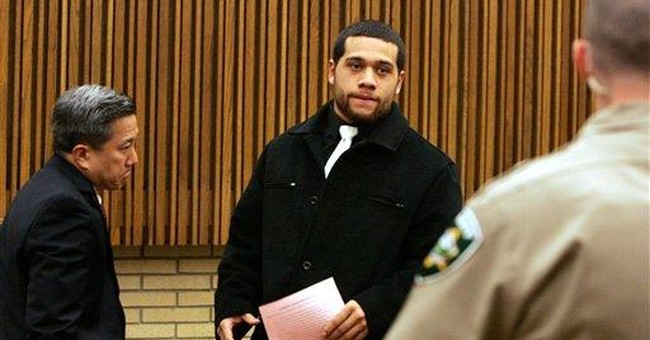 WASHINGTON -- The 9th U.S. Circuit Court of Appeals is a stimulus package for the Supreme Court, which would rather not have one. The 9th Circuit, often in error but never in doubt, provides the Supreme Court with steady work: Over the last half-century, the 9th has been reversed almost 11 times per Supreme Court term, more than any other circuit court. This week, the Supreme Court should spank it again and ask: Is it too much to ask that you pay some attention to our precedents?

On Thursday at 9:30 a.m., the justices are expected to meet to decide whether to dignify the 9th's latest misadventure -- an impertinence, actually -- with a full hearing, including additional briefing and oral arguments, or whether to summarily reverse it. They should do the latter by 9:35 a.m.

The case concerns an Arizona school choice program that has been serving low- and middle-income families for 13 years. The state grants a tax credit to individuals who donate to nonprofit entities that award scholarships for children to attend private schools -- including religious schools. Yes, here we go again.

The question -- if a question that has been redundantly answered remains a real question -- is whether this violates the First Amendment proscription of any measure amounting to government "establishment of religion." The incorrigible 9th Circuit has declared Arizona's program unconstitutional, even though there is no government involvement in any parent's decision to use a scholarship at a religious school.

Surely this question was settled eight years ago in a decision that was the seventh consecutive defeat for the disgustingly determined people who are implacably opposed to any policies that enable parents who are not affluent to exercise the right of school choice that is routinely exercised by more fortunate Americans. It sometimes takes time for news of the outside world to penetrate San Francisco, where the 9th Circuit is headquartered, but surely by now that court has heard that in 2002, in a case coming from Cleveland, the Supreme Court upheld a program quite like Arizona's, but arguably more problematic.

It was created after Cleveland's school district flunked 27 -- out of 27 -- standards measuring student performance, and the state declared the district an "academic emergency." The program empowered parents to redeem publicly funded vouchers at religious as well as nonreligious private schools.

In an opinion written by Chief Justice Rehnquist and joined by Justices O'Connor, Scalia, Kennedy and Thomas, the court held that Cleveland's program has the "valid secular purpose" of helping children who are trapped in the failing schools for which Cleveland is responsible. The court also held that the program satisfied the court's previously enunciated standard of "true private choice" because government aid goes directly to parents, who use it at their unfettered discretion.

So, Rehnquist wrote, public money "reaches religious schools only as a result of the genuine and independent choices of private individuals." Therefore any "advancement of a religious mission" is merely "incidental" and confers "no imprimatur of state approval ... on any particular religion, or on religion generally." These standards had been developed in various prior cases.

The Supreme Court has been splitting and re-splitting constitutional hairs about this for decades, holding, for example, that it is constitutional for public funds to provide parochial school pupils with transportation to classes -- but not to field trips. To provide parochial schools with nurses, but not guidance counselors. To provide religious schools with books -- but not maps. This last split hair caused the late Sen. Pat Moynihan to wonder: What about atlases, which are books of maps?

Scores of thousands of children have benefited from Arizona's scholarship program, which, unlike Cleveland's, does not involve any government funds that might otherwise go to public schools. Rather, Arizona's program infuses substantial additional funds into the state's K through 12 educational offerings.

Democracy demands patience. In its political discourse, repetition is required because persuasion takes time. But the Supreme Court should not have to cajole lower courts into acknowledging its rulings. So far this term, the court has issued 11 summary reversals. Thursday morning it should use its 12th on the 9th Circuit, a slow learner.