A 'Reform' Wisely Struck Down 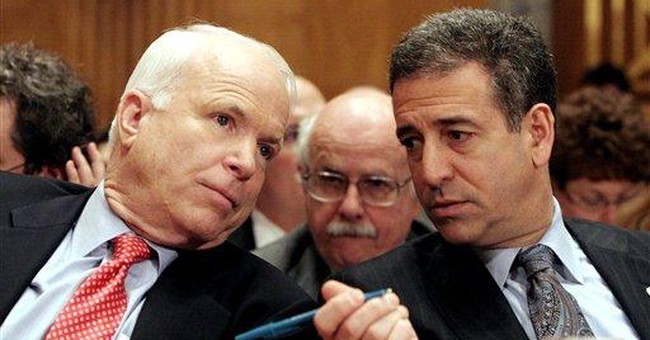 WASHINGTON -- Last week's Supreme Court decision that substantially deregulates political speech has provoked an edifying torrent of hyperbole. Critics' dismay reveals their conviction: Speech about the elections that determine the government's composition is not a constitutional right but a mere privilege that exists at the sufferance of government.

How regulated did political speech become during the decades when the court was derelict in its duty to actively defend the Constitution? The Federal Election Commission, which administers the law that rations the quantity and regulates the content and timing of political speech, identifies 33 types of political speech and 71 kinds of "speakers." The underlying statute and FEC regulations cover more than 800 pages, and FEC explanations of its decisions have filled more than 1,200 pages. The First Amendment requires 10 words for a sufficient stipulation: "Congress shall make no law ... abridging the freedom of speech."

Extending the logic of a 1976 decision, the court has now held that the dissemination of political speech requires money, so restricting money restricts speech. Bringing law into conformity with this 1976 precedent, the court has struck down only federal and state laws that forbid independent expenditures (those not made directly to, or coordinated with, candidates' campaigns) by corporations and labor unions. Under the censorship regime the court has overturned, corporations were even forbidden to send political communications to all of their employees.

The Washington Post, also exempt, says the court's decision, which overturned a previous ruling upholding restrictions on spending for political speech, shows insufficient "respect for precedent." Does the Post think the court incorrectly overturned precedents that upheld racial segregation and warrantless wiretaps? Are the only sacrosanct precedents those that abridge (others') right to speak?

Mitchell says the court's decision primarily liberates nonprofit advocacy groups, such as the Sierra Club, which the FEC fined $28,000 in 2006. The club's sin was to distribute pamphlets in Florida contrasting the environmental views of the presidential and senatorial candidates, to the intended advantage of Democrats. FEC censors deemed this an illegal corporate contribution.

Barack "Pitchfork" Obama, in his post-Massachusetts populist mode, called the court's ruling a victory for, among others, "big oil" and "Wall Street banks." But opensecrets.org reports that in 2008 lawyers gave more money than either of those, and gave 78 percent of it to Democrats, who also received 64 percent of contributions from the financial sector.

Even if it were Congress' business to decide that there is "too much" money in politics, that decision would be odd: In the 2007-08 election cycle, spending in all campaigns, for city council members up to the presidency, was $8.6 billion, about what Americans spend annually on potato chips.

Critics say raising such sums requires too much of candidates' time. Well, then, let candidates receive unlimited -- but fully disclosed -- contributions, and trust voters to make appropriate inferences about the candidates.

Undaunted, advocates of government control of political speech want Congress to enact public financing of congressional campaigns, and to ban individuals from participating in politics through contributions. Fortunately, this idea -- "food stamps for politicians" -- is wildly unpopular. Public financing of presidential campaigns has collapsed. Obama disdained it in 2008; the public always has. Voluntary, cost-free participation, using the checkoff on the income tax form, peaked at a paltry 28.7 percent in 1980 and by 2008 had sagged to 8.3 percent.

This is redundant proof that the premise of campaign finance "reform" is false. The premise is that easily befuddled Americans need to be swaddled in regulations of political speech.