On Race, the Slog Goes On 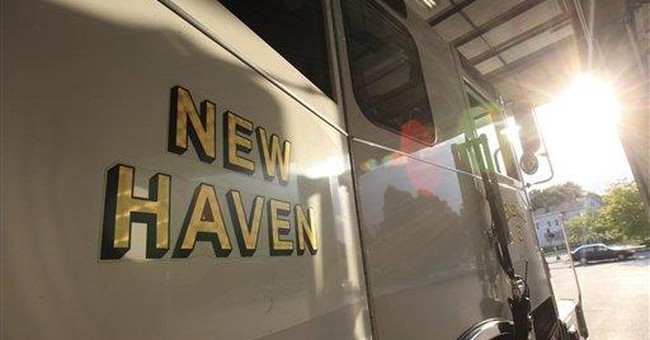 WASHINGTON -- Although New Haven's firefighters deservedly won in the Supreme Court, it is deeply depressing that they won narrowly -- 5-4. The egregious behavior by that city's government, in a context of racial rabble-rousing, did not seem legally suspect to even one of the court's four liberals, whose harmony seemed to reflect result-oriented rather than law-driven reasoning.

The undisputed facts are that in 2003 the city gave promotion exams to 118 firemen, 27 of them black. The tests were prepared by a firm specializing in employment exams and were validated, as federal law requires, by independent experts. When none of the African-Americans did well enough to qualify for the available promotions, a black minister allied with the seven-term mayor warned of a dire "political ramification" if the city promoted from the list of persons (including one Hispanic) that the exams identified as qualified. The city decided that no one would be promoted, calling this a race-neutral outcome because no group was disadvantaged more than any other.

The city's idea of equal treatment -- denying promotions equally to those deemed and those not deemed qualified -- was particularly galling to Frank Ricci, who had prepared for the exams by quitting his second job, buying the more than $1,000 worth of books the city recommended, paying to have them read onto audiotapes -- he is dyslexic -- and taking practice tests and interviews. His efforts earned him the sixth-highest score.

He and others denied promotions for which their exam scores made them eligible sued, charging violations of the Constitution's guarantee of equal protection of the laws and of the 1964 Civil Rights Act. The city argued that if it had made promotions based on the test results, it would have been vulnerable under the 1964 act to being sued for adopting a practice that had a "disparate impact" on minorities. On Monday, the court's conservatives (Anthony Kennedy writing for the majority, joined by John Roberts, Antonin Scalia, Clarence Thomas and Samuel Alito) held:

The rights of Ricci et al. under the 1964 act were violated. The city's fear of a disparate impact litigation was not unfounded, but that did not justify the race-based response to the exam results because New Haven did not have "a strong basis in evidence" to believe it would be held liable. There is such evidence only if the exams "were not job related and consistent with business necessity, or if there existed an equally valid, less discriminatory alternative" that would have served the city's needs but that it refused to adopt.

"All the evidence demonstrates that the city rejected the test results because the higher scoring candidates were white." The city's criticisms of the exam "are blatantly contradicted by the record." And "the city turned a blind eye to evidence supporting the exams' validity" (emphases added).

Ruth Bader Ginsburg, joined in dissent by John Paul Stevens, David Souter and Stephen Breyer, rejected the majority's conclusions root and branch. She cited a federal report from the early 1970s about discrimination in hiring firefighters, disputed even the "business necessity" of the exams' 60/40 written/oral ratio and defended the integrity of New Haven's decision-making -- rejecting Alito's concurrence, which dwelt on the rancid racial politics of the Rev. Boise Kimber. Alito concluded that "no reasonable jury" could find that the city possessed a "substantial basis in evidence to find the tests inadequate."

Scalia, concurring separately, said Monday's ruling "merely postpones the evil day" on which the court must decide "whether, or to what extent," existing disparate-impact law conflicts with the 14th Amendment guarantee of equal protection of the law. Conceding that "the question is not an easy one," Scalia said: The federal government is prohibited from discriminating on the basis of race, so surely "it is also prohibited from enacting laws mandating that third parties" -- e.g., a city government -- "discriminate on the basis of race." Scalia added:

"Would a private employer not be guilty of unlawful discrimination if he refrained from establishing a racial hiring quota but intentionally designed his hiring practices to achieve the same end? Surely he would. Intentional discrimination is still occurring, just one step up the chain."

The nation shall slog on, litigating through a fog of euphemisms and blurry categories (e.g., "race-conscious" actions that somehow are not racial discrimination because they "remedy" discrimination that no one has intended). This is the predictable price of failing to simply insist that government cannot take cognizance of race.