Report of the Watergate Prosecutors: High-Toned but Deliberately Misleading 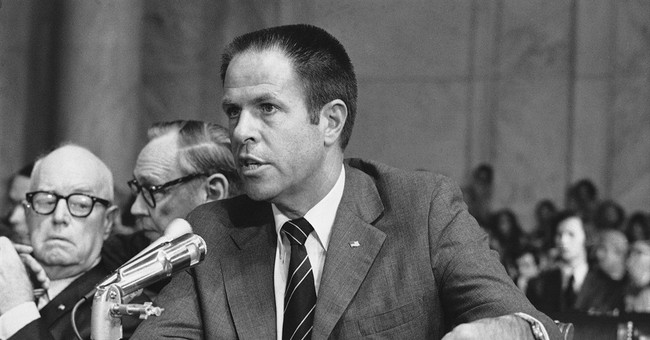 October 16 marks the fortieth anniversary of the final report of the Watergate Special Prosecution Force (WSPF)—the liberal elites’ victory lap after driving President Richard Nixon from office, imprisoning his aides, and realigning political power without the inconvenience of an election.

As more and more evidence of prosecutorial misconduct has emerged from documents at National Archives, it’s fitting to take another look at what the WSPF claimed in its report and what it left out.

Describing itself as “an independent investigatory and prosecutive agency within the Department of Justice,” the WSPF boasted of the “unprecedented number of high Government officials” to whom “judges and juries have applied criminal sanctions.” It failed to note the selective nature of its prosecutions, which were brought only against Republicans, and did not mention the series of highly improper secret meetings that prosecutors had with at least three federal judges before they applied those criminal sanctions.

In my new book, The Real Watergate Scandal, I cite a multitude of criminal charges brought against Republicans in a prosecutorial campaign that amounted to the criminalization of politics. It is telling that virtually Republican defendant tried within the District of Columbia (which typically returns 80 percent Democratic election majorities) was convicted, but everyone tried outside the District was acquitted, most notably John Mitchell and Maurice Stans in the Vesco trial in New York and Archer-Daniels-Midland’s CEO, Dwayne Andreas, in Minneapolis.

The report asserted that the Watergate prosecutors conducted several hundred “investigations into corporate and union contributions.” But my archival research shows that only two unions were investigated, both of which had supported President Nixon. The Government Accounting Office, which then enforced campaign finance laws, had made referrals regarding at least three major Democratic unions, but no formal investigations were ever undertaken.

The report described investigations into White House efforts to raise money for friendly congressmen and senators in the 1970 mid-term elections, an effort known as the Townhouse project, which had nothing to do with Watergate. It neglected to mention that the investigation was of possible violations of the Federal Corrupt Practices Act of 1925, which the Department of Justice had declined to enforce since 1934 and Congress had since repealed. These investigations resulted in no prosecutions of individual donors, but the WSPF had dispatched IRS and FBI agents to interrogate over 150 substantial GOP contributors (a detail omitted from the report), doubtlessly discouraging future political contributions.

While praising the WSPF’s prosecutorial zeal, the report did not mention that it somehow investigated every major potential GOP presidential candidate for 1976. I have unearthed records of investigations of President Gerald Ford, Vice President Nelson Rockefeller, Senator Robert Dole (the Ford’s eventual running mate), and even California Governor Ronald Reagan. Not surprisingly, tidbits from the Ford and Dole investigations were leaked to the media during the ’76 campaign.

The report touched on concerns about witness credibility, since the government’s lead witnesses had reached plea deals concerning their own misconduct. But it did not describe the unusual treatment of John Dean, the former White House counsel who pleaded guilty to a Watergate-related felony. Just before the cover-up trial, in which Dean would be the government’s star witness, he received a harsh prison sentence, specifically designed to burnish his credibility. Then, a week after the trial’s successful conclusion, Dean was set free—without having spent a single night in a real jail cell.

In describing its other investigations in great detail, the report took the high road with regard to President Nixon. It explained that since no charges were brought, it would be unfair to describe all that they had uncovered. One suspects the real reason for this reticence was that the prosecution’s principal accusation—that Nixon had personally approved hush money for the Watergate burglar Howard Hunt—an accusation that had been made in secret to grand jurors and Congressional staff, turned out to be unsupportable when witnesses were called to testify under oath and subject to cross-examination in a court of law.

Archival documents make clear that the report’s primary author was James Vorenberg of Harvard Law School, Special Prosecutor Archibald Cox’s top assistant. Vorenberg had kept meticulous notes in anticipation of writing this report, but took them with him when he left office—a cover-up of his own. Portions of his files that recently surfaced in Harvard’s law library contain further proof of the misconduct that characterized many of these prosecutions.

Vorenberg’s report ended with the observation, “The citizens wanted to control what would happen, and they eventually did.” After Watergate, he continued, “[i]nstitutions once again had to earn the faith of the people in whose names they acted.”

Yet the Watergate prosecutors’ final report continued the fraud perpetrated by a specially recruited, highly partisan political posse who wielded enormous prosecutorial authority with no accountability. The fortieth anniversary of the conclusion of the Watergate witch hunt reminds us that Congress and the courts owe the American people an investigation of one of the most consequential concentrations of prosecutorial power in our history.