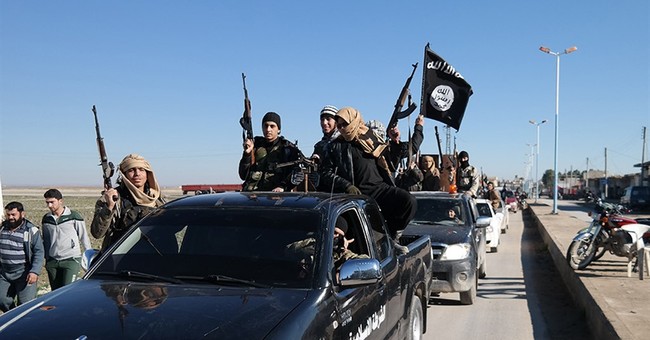 Editor's note: The first part of this series can be read here.

Gayle Trotter interviewed Pulitzer Prize-winning author Bret Stephens about his book, America in Retreat: The New Isolationism and the Coming Global Disorder. Bret is the foreign affairs columnist and deputy editorial page editor of The Wall Street Journal. This is the second in a four-part series.

You have this very important data point in your book. You point to the date of February 18, 2009, which was the day that $787 billion was spent in one day for President Obama's stimulus package. You contrast that with the amount that the Department of Defense spent in Iraq, not on one day, not over one year, but over ten years, and that amount is $770 billion, which is less than one day of Obama’s stimulus.

I just pointed that out because there is a cliché that we bankrupted ourselves in Iraq and Afghanistan. I don't want to deny the fact that we spent a heck of a lot of money in those places and you can have a perfectly reasonable conversation about whether it was worth the money. But the notion that somehow we've become a bankrupt nation because of those two wars or because of our global commitments, doesn't withstand simple scrutiny. We definitely have deficit and debt problems. Profound deficit and debt problems in the United States, but those have to do with the entitlement state and they can only be solved by trying to reform the entitlement state to put it on a more sustainable basis. We now have an age of retirement that reflects life expectancy back in the 1930s, right? But life expectancy has grown tremendously.

The experience of Europe tells us that if you try to balance your books on the back of your military, if you try to fund an entitlement state by constantly cutting your military, you end up with no military to speak of and, by the way, you still go bankrupt. The answer to our debt problem should not be borne by the Department of Defense.

You frequently write about these issues, for example, what's going on with territorial aggression by China. Your book was released in 2014 and even since you've written this book, we've seen more troubling events happening with Russia. You wrote about Russia with Ukraine and now Russia is getting into Syria and we see so much more evidence for the thesis of your book.

Let me, if I may, make another claim for my book. I began writing this book before President Obama was reelected. I signed the contract for this book around the time of Hurricane Sandy, by the way, just on the eve of the election. If you go back to 2012, and, of course, I was thinking about these themes even before then. You had a president who was telling us Al Qaeda was on a path to defeat, we had reset relations with Russia. We had a good relationship and strategic partnership with China. We had turned a corner in the economic crisis in Europe. Obama was saying that the tide of war was receding. That was one of his signature lines that was offered not so much as a promise, but as a statement of what was happening. By the way, the administration was also claiming that Iraq was a stable state and a diplomatic success for the United States.

I delivered the manuscript to my publishers in the very beginning of June 2014, so about a little more than 18 months after I had signed the contract. Then you began to see a very, very different world begin to unfold. In the year and a half or so since then, just think of the accelerating pace of events. One funny thing about my book is I never mention the term Islamic State or ISIS or ISIL in the book. I still refer to it Al Qaeda in Iraq. It just gives you a sense of how quickly our world has changed that in June of 2014, people still didn't really know what is Islamic State. We knew there were jihadis and there were various branches of jihadis but we didn't understand the power of this particular group until it seized Mosul.

I think you're now understanding that the subtitle of my book, The Coming Global Disorder, has become the current global disorder. So the claim I would make for the book isn't that it's making reference to the latest events, it's that it's explaining the latest events.

What surprised you most in writing the book given that you write about these issues all the time?

That's a great question because I approached this book in two ways. One is as someone who thinks and argues and writes about foreign policy, but I also approached it as a writer, as someone who spends a lot of time thinking about the craft of putting words to paper or words to a screen, if you will.

I wanted a tone that was energetic without being obnoxious. I wanted a level that is to say that was serious, that intelligent people would feel that I was addressing them at their level, but I didn't want to write a dense academic book. I wanted to write a book for the intelligent non-specialist. Let's say a real estate developer in Dallas, Texas, who is a smart guy, has a college degree, thinks about the world, doesn't necessarily live to read the latest issue of Foreign Affairs, but cares about the world. I was writing that book for that real estate developer or that lady in Chicago who is beginning to be concerned about what she's reading every day in the paper. I wasn't writing this for just 20-odd academic specialists so finding the level was very important. You don't want to write a book that goes to too low a common denominator and at the same time, you don't want to write a book that is essentially a book for specialists.

The great challenge was the pace, because I was keen to write a book that a normal person could read from beginning to end. Not just dip into, buy the book and stare at it, but really read the book, and I needed to cover a lot of ground and I needed to cover it at, let's say, 45 miles per hour. Imagine you're driving down the Pacific Coast Highway, it's a beautiful view and you would so much like to stop at one point or another and take in that view, that photograph, but you've got to keep moving on. I was conscious of this especially because there are a lot of topics, like let's say the military developments in China, and you could write a whole book on that subject or at least a chapter, but I really could only devote three to five pages.

So how do I engage that subject in a way that's not superficial, a way that's meaningful, and a way that's intelligent, but keep the narrative rolling along. That was extremely challenging to do.