Gavin Wax
|
Posted: Feb 09, 2021 12:01 AM
Share   Tweet
The opinions expressed by columnists are their own and do not necessarily represent the views of Townhall.com. 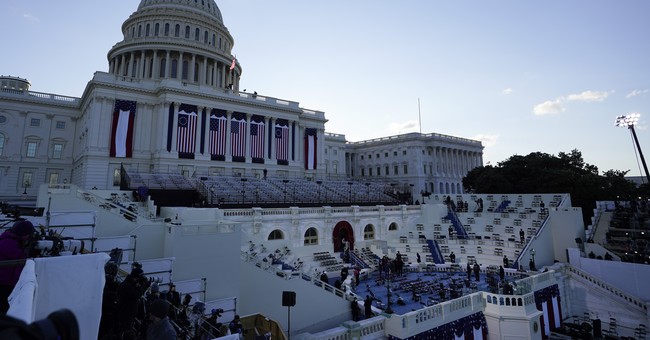 “Unite the country” may be the three scariest words coming out of D.C. right now. Conform or be crushed is what they mean. Thankfully, Second Amendment sanctuary state efforts are drawing bold lines against federal encroachment.

The Tenth Amendment Center, the premier think tank for nullification advocacy, calls this legislation “a major step” toward stopping “past, present, and future” federal gun control.

It’s also a major step toward healing, reconciliation, and unity for the whole country.

Just like so many states took their own side on issues like marijuana prohibition, civil asset forfeiture, and illegal immigration, many will also follow Missouri’s lead.

In fact, similar Second Amendment sanctuary state bills are in motion in Arkansas, Ohio, and Wyoming, as are countless local resolutions and ordinances across the country. Sheriffs are doing their part as well.

But what does any of this have to do with uniting the country? Aren’t we told by our betters that firearm freedom is too divisive and that we should leave it to Congress to force a “compromise” on us all?

It should be obvious that a so-called compromise would only embitter the people and deepen the divides of the nation further. The evidence is glaringly apparent every presidential election cycle, and midterms don’t offer much of a break either.

Republican or Democrat, well intentioned or not, any federal politician proposing new policies or laws to unify America should be ignored or otherwise energetically resisted. That’s not because unity is an unworthy or unworkable goal. Quite the contrary.

Taking too much power from those smaller components to give to a central authority risks pitting the former against each other in competition for control over the latter.

True unity, then, begins with mutual respect among the 50 states for what’s their own and what’s held in common.

The primary political question before us today is not how to unify the peoples and states. It’s how will they earn or command each other’s respect?

Don’t expect Congress, the president, or even the Supreme Court to undo the last 100+ years of power expansion in Washington, D.C. It’s going to take serious disruption to return to the spirit and letter of the Tenth Amendment, which rounds out the Bill of Rights to say:

Enforcing that cornerstone of the Constitution must be done locally. Recent history proves this most clearly in the case of nullifying federal marijuana prohibition. Persistent non-compliance ultimately renders the feds impotent.

To ensure accountability, any state employee who violates this sanctuary state law would be open to civil lawsuits and damages. Furthermore, the bill removes the possibility of a state employee claiming “sovereign, official, or qualified immunity” as a defense.

One amendment that was struck down would have denied state employment to any federal law enforcer who infringed on a Missouran’s right to own and bear arms. The bill would be better with this provision. But as a whole, the bill is indeed a major step in the right direction.

Even symbolic or theatrical political gestures are better than nothing, especially at the most local level where a resolution or declaration may serve as the basis for building support for state-level action.

The Second Amendment issue may be divisive in a national sense, but the beauty of America is that it doesn’t have to be a wedge in every community across the land.

There are more than five million new gun owners in the last year or so, and just in January 2021 over two million guns were sold. According to industry reports, a large chunk of first-time gun buyers are black women. Gun culture is growing and changing, so the issue is ripe for a populist appeal that says the people should decide the level of gun control in their community, not some ATF agent.

President Joe Biden called for unity in his inaugural address. He said unity would be how we would save all life on the planet from destruction and defeat white supremacy. The man is full of malarkey.

Republicans in Congress at least limit themselves to election reform in terms of how they envision uniting the country. But even in that context unity is just another fluffy word for a feel-good soundbite.

Uniting the country will have to wait until there’s more unity at home in our communities and states. When states are no longer derelict in their duty to stand up to the monopolistic federal government, we will have a fighting chance.