Frayda Levin
|
Posted: Feb 05, 2022 12:01 AM
Share   Tweet
The opinions expressed by columnists are their own and do not necessarily represent the views of Townhall.com. 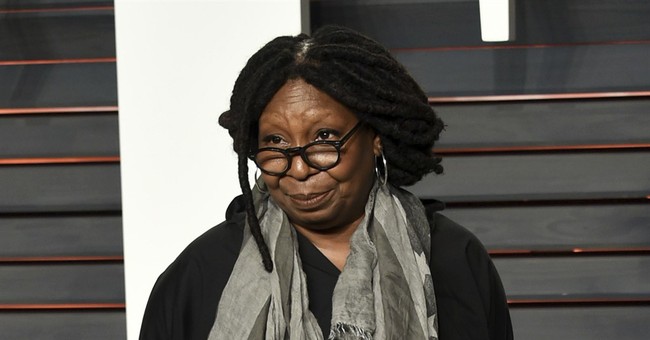 This week, Whoopi Goldberg proved she believes in a flawed and harmful ideology. And no, it’s not antisemitism.

Goldberg is one of many Americans who has been wrongfully led to believe every issue needs to be looked at through the lens of race. If there’s not a black victim and a white oppressor, there’s no story.

Goldberg’s remark that the Holocaust – the systematic murder of six million European Jews – was “not about race” could stem from a lack of historical knowledge. After all, a 2020 poll revealed that a tenth of young Americans reported that they had never heard the term “Holocaust” before. But that likely isn’t the case for Goldberg.

Instead, Goldberg has embraced the perverse ideologies that have trickled out of Critical Race Theory which demands that every issue be looked at through the lens of race – specifically how black Americans have been oppressed by a system of white supremacy. So when the notion of the Holocaust was brought up, Goldberg didn’t know how to think about it.

“These are two white groups of people,” Goldberg said, dismissively.

But the Holocaust was clearly about race. So why didn’t that intuitively make sense to a person who is hyper-focused on the issue of race?

The fact is that racism is not a part of life in America. Americans are not racist people. There are disgusting people with hateful ideas in every country, but that does not make the country disgusting or hateful.

But there are many disparities between racial groups that are difficult to discuss. Why is there an 11 percent disparity in the high school graduation rates between white students and black students? Why are crime rates higher in black-majority neighborhoods?

These are highly complex issues. But some have decided to diminish the seriousness of these issues by pretending that the only reason is white oppression of black Americans.

But that is demonstrably untrue. Other minority groups that faced vicious oppression and discrimination generations ago have soared past white Americans in many facets of life, including average income and education level. This is true of both Asians and Jews.

Perhaps Goldberg doesn’t see the Holocaust as an issue of race because she doesn’t believe Jews could have suffered severe racism and discrimination in one generation and thrived in the next.

Maybe she sees black Americans as the only legitimate victims of oppression. That Jews, or any other group that could pass as white, have no business asking for sympathy or somber remembrance of their history.

Goldberg isn’t alone. Many of her peers have put on blinders that only allow them to observe the world through white-on-black oppression. That’s is why the Holocaust is dismissed as “two white groups of people” who deserved each other. And why homicides that involve black-on-black violence aren't worthy of evening news coverage but a race hoax perpetrated by no-name actors like Jussie Smollett garner comments from every presidential campaign.

In Goldberg’s eyes, black Americans under the oppression of white Americans are the only victims worth discussing. And to even breach discussion of harms against “privileged” minority groups like the Jewish people, one must preface the comment by saying, “this isn’t about race, they’re both white.” It’s just “man’s inhumanity to man” when it doesn’t involve black people.

Victimhood has become a virtue in the eyes of many. And discussions of historical events like the Holocaust or the internment of Japanese Americans remind everyone of how possible it is to overcome discrimination in this country. And it reminds us of how far we have come from the racist beliefs of previous generations.

Goldberg has to ignore the reality of the Holocaust because it destroys her narrative that America is a racist country where minority groups are oppressed.

Goldberg should take her two weeks off from The View to get outside her CRT bubble to see how Americans live when they aren’t looking at every issue under a racism microscope. She’ll quickly see what most Americans see every day: A colorblind country full of people who care about one another.