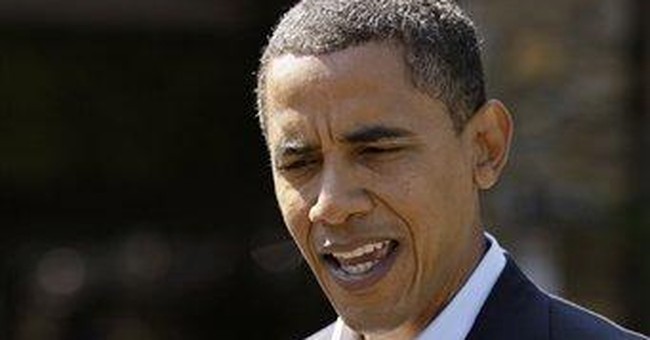 Suddenly, the presidential campaigns are addressing an issue that should have been at the forefront of this year’s election long ago. Call it “characters count.” We know people – especially public figures – by the company they keep. And we need to know much more about, to put it charitably, the characters that have figured prominently for years in Barack Obama’s life.

Over the weekend, Republican vice presidential candidate Sarah Palin brought the issue to the fore by observing caustically that the Democrats’ would-be commander-in-chief has “palled around with terrorists.” The Obama campaign immediately deployed talking points and a television ad conjuring up Charles Keating, a one-time friend and supporter of John McCain who was a driving force behind the 1980s-era savings and loan debacle.

The problem for Barack Obama is that convicted – and unrepentant – terrorist William Ayers is not the only person with a profound animosity towards this country with whom he has “palled around” since his youth. It is not, as the Democratic candidate maintains, a distraction or a sign of desperation on the part of his opponents that serious questions are finally being asked about the nature and the implications of the judgment he has exhibited in the past – and may exhibit in the future – as evidenced by his myriad and profoundly troubling personal ties. That is especially the case since so little is known about the junior Senator from Illinois and what he really means by “change.”

Take for example, the formative influence in Barack Obama’s youth that he calls in his memoirs simply “Frank.” As it happens, the Frank in question was Frank Marshall Davis, a well-known Stalinist Communist in Hawaii whose attachment to the Soviet Union and hatred for an America he loathed as racist and imperialistic caused the FBI to keep him under surveillance for at least 19 years. Evidently, young Obama and his father spent hours in the company of this mentor, presumably soaking in not only his alcohol but his virulent hostility towards America.

We now know that a similar view was espoused routinely from the pulpit of the Rev. Jeremiah Wright’s Trinity United Church of Christ. Sen. Obama maintains that somehow he had not heard any of Wright’s loathing of this country – epitomized by the latter’s notorious plea, “God damn America.” When confronted with evidence of it, he could not bring himself to disassociate from his pastor of twenty years until that tie properly threatened to scupper his candidacy during the Democratic primaries.

Thanks to the intrepid Stanley Kurtz, we also have learned of Sen. Obama’s longstanding ties to another fixture of the radical left, one emblematic of its enmity towards an America seen as oppressive and racist: the Association of Community Organizations for Reform Now (better known as ACORN). Obama trained ACORN personnel, worked with its activists on the group’s (often problematic) voter-registration efforts and consulted with its most aggressive operatives. Preeminent among the latter has been one Madeline Talbott.

Obama also secured, through his position on the Woods Fund and Chicago Annenberg Challenge boards (he served on the former with Bill Ayers), funding for ACORN’s intimidation campaigns against banks that failed to make sub-prime style loans to otherwise ineligible would-be homeowners. As Kurtz put it in the New York Post, “It would be tough to find an ‘on the ground’ community organizer more closely tied to the subprime-mortgage fiasco than Madeline Talbott. And no one has been more supportive of Madeline Talbott than Barack Obama.”

To the extent that the economic effects of the sub-prime meltdown makes Charles Keating’s S&L raid on the Treasury look like a church social, Obama should be careful about casting stones in that direction.

Even more worrisome from a national security perspective are some of Obama’s ties to prominent figures in the world of radical Islam. These include another racist black nationalist, Don Warden, who converted to Islam and changed his name to Khalid al-Mansour. According to Kenneth Timmerman in Newsmax, al-Mansour has worked closely to advance the influence operations in America of one of Saudi Arabia’s most insidious royal billionaires, Prince Alwaleed bin Talal. The latter has appreciated for some time the help America’s higher education institutions could give his Islamist “soft jihad” – the effort to legitimate and insinuate Islamic law (Shariah) into this country. Toward that end, he has bought leading Middle East studies programs, notably at Georgetown and Harvard University, and reportedly helped advance Obama’s candidacy to the latter’s law school.

Then, there is the case of Rashid Khalidi, a former colleague of Obama’s at the University of Chicago and now a professor at Columbia. Khalidi is an enthusiastic supporter of the Palestinians, fervent critic of Israel (which he calls a destructive “racist” state), an admirer of suicide bombers and a driving force behind the Arab American Action Network (AAAN). This so-called pro-Palestinian “community organization” in Chicago is another beneficiary of the largesse of the Obama-Ayers team at the Woods Fund and promotes an agenda that would horrify many of Obama’s Jewish supporters.

Tuesday’s town-hall style debate between Barack Obama and John McCain offers the public an opportunity to explore a basic question: Have these and similar influences on Sen. Obama’s life in fact been influential – and, if so, will they translate into personnel, policies and practices that are inimical to our country, its people and security if he is elected?

We have a need to know. Characters count.

White Liberals Will Be Triggered Over Where a Majority of Trump's 2020 Support Came From
Townhall
'F*ck Gal Gadot': Israeli actress Gal Gadot prays for an end to the 'vicious cycle' of violence in Israel and promptly gets shamed as a genocidal Zionist war criminal
Twitchy
Jen Psaki Gives Insulting Answer When Asked Why White House Has 'Shifted Tone' on Gas Crisis
Redstate
What Voters Are Saying About Critical Theories Should Have Woke Educators Shaking in Their Shoes
PJ Media