Obama's War on Defense and Intelligence 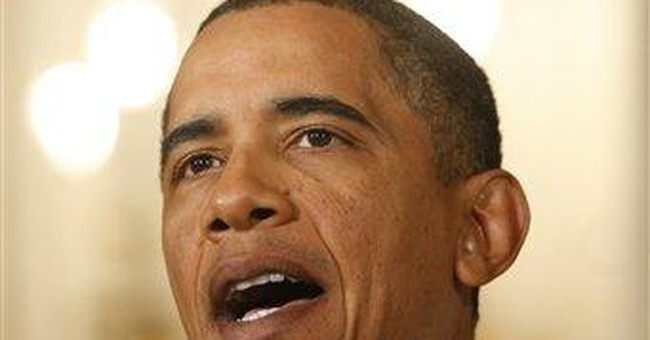 The defense and intelligence communities are skeptical when dealing with Democratic Presidents. Democratic presidential candidates must trash both departments to win the primary votes of liberal activists. They make promises to decrease Pentagon budgets and redirect the spending to domestic programs. Obama's win over Hillary Clinton was largely due to his ability to rhetorically express anti-war sentiment.

By the time the campaign was over, it was no secret that the CIA and defense establishments were skeptics and against many of his more radical plans. Unfortunately, a byproduct of this distrust is a renewed vulnerability to foreign terrorists. Obama alienated the front line, his boots on the ground.

Obama's presidency was not helped by his decision to neglect meeting with Gen. Stanley McChrystal, the chief general in Afghanistan, until almost nine months into his term. During this extended period, Obama bothered to speak with his general only once over the phone. This lack of communication violated Obama's campaign promise to listen to America's generals. To compound this error, Obama dithered, taking months to finalize a new strategy for his Afghan offensive.

Obama also instructed Attorney General Eric Holder to pursue an irresponsible investigation of the methods used to interrogate suspected terrorists after 9/11. The interrogation probe, which is largely seen as a witch-hunt against George W. Bush's administration, is opposed by seven former CIA chiefs from both political parties. Obama brazenly ignored the warnings of these bipartisan experts and has allowed Holder a free hand.

On December 29, Obama issued Executive Order 13526 which declassifies the most sensitive of national secrets, including the daily presidential briefing. By issuing this controversial executive order, and rolling back precedents set by the Clinton and Bush administrations, Obama is further threatening his relationship with the intelligence community. By divulging sensitive documents, the methods and contacts of U.S. spies become part of the public record. His decision creates an incentive for the agencies to withhold or hide information. Naturally, spies never want to years later appear on the front page of the newspaper to have their decisions critiqued by the uninformed.

Obama's reaction to the underwear bomber has further strained relations. He condemned what he called "systemic failures" in the CIA and other U.S. intelligence agencies for failing to "connect the dots," and announced "he would not tolerate it." This is a classic example of passing the buck. CIA officials had sent all relevant data to the U.S. National Counterterrorism Center in Washington, which was set up after the 9/11 attacks as a clearinghouse where raw data should be analyzed. Ironically, the Obama administration had planned deep budget cuts for the NCTC before the terrorist attack.

Obama has also met tough resistance in the Pentagon for his pipe dream of a nuclear-free world. Obama loves traveling the world making silve- tongued promises which are dangerous. For example, Obama wants to unilaterally disarm in the hopes that our enemies follow suit. The second contentious part of Obama's policy is to issue strict guidelines that lay out in detail to the public when the United States would use nuclear weapons. This policy is meaningless because our enemies won't believe our statements anyway. And, if we do follow these protocols, we will then be handcuffing ourselves as to when we'll protect the nation. Does anyone really believe that Obama, when he couldn't even get world leaders to agree to a global climate treaty, will be able to convince them to throw down their nuclear weapons?

Barack Obama with his managerial incompetence, his willingness to deflect blame onto others, and his utopian worldview, are alienating two of our important assets in the global war on terror. The bottom line is that this president is willing to sacrifice American lives in order pursue dangerous policies that are popular only with leftists worldwide.