If Obama Can't Win It He'll Steal It 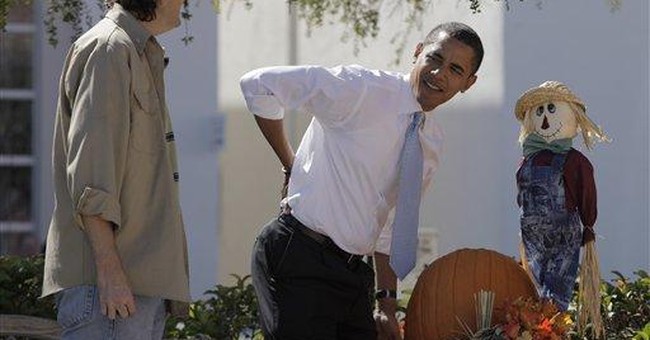 Most Americans know about the allegations of election fraud leveled against the liberal activist organization ACORN. What you may not know is how closely they work with the campaign of Barack Obama.

"The group's voter-registration fraud is rampant," reported Investor's Business Daily. "In Nevada, state officials say the fraudulent registrations included forms for the starting lineup of the Dallas Cowboys football team, including Tony Romo. Nevada, along with several other key battleground states, requires no ID to vote."

"No ID to vote?" Even countries like Mexico have far more secure election systems than ours, says expert John Fund, author of "Stealing Elections: How Voter Fraud Threatens Our Democracy." "To obtain voter credentials, the citizen must present a photo, write a signature and give a thumbprint. The voter card includes a picture with a hologram covering it, a magnetic strip and a serial number to guard against tampering." In order to vote, the individual is required to present the card and submit to a thumbprint scan. Fund credits this system for securing the election of the first opposition candidate for president of Mexico, Vincente Fox. It was the first change of political party in 70 years when Fox was elected.

"What does all this have to do with Obama," reports Investor's Business Daily "besides the fact that he'd be the beneficiary of most, if not all," of the new votes that ACORN has obtained?" Plenty. To begin with, not only did ACORN's affiliated political action committee endorse Obama for president, he also paid the group $800,000 to register new voters. Working to cover up the connections, his campaign disguised the ACORN payments in his FEC disclosure filings. The payments were funneled through an ACORN front group called Citizen Services Inc. for "advance work."

But Obama's ties to ACORN go back much further than his presidential bid. In 1992, Obama worked as executive director of ACORN's voter-registration segment, Project Vote. Obama, along with two other South-Side Chicago community organizers, led the voter-registration drive that played a part in the election of Carol Moseley Braun to the U.S. Senate.

To tighten the connection, in 1993 Obama joined the civil-rights law firm Davis, Miner, Barnhill & Galland, where he sued the state of Illinois on behalf of ACORN. Then-Governor Jim Edgar argued that the Clinton National Voter Registration Act ("Motor Voter" law) would invite voter fraud, and refused to implement it. Consequently Obama and ACORN sued the state. Edgar was proven right about the "Motor Voter" law. Fund says it has "imposed fraud-friendly rules on the states by requiring drivers' license bureaus to register anyone who applies for a license, to offer mail-in registration with no identification needed, and to forbid government workers to challenge new registrants, while making it difficult to purge" voters who have died or moved away.

Despite all the documented evidence tying Obama to ACORN and the overwhelming stench of impropriety, Barack Obama has the unmitigated gall to deny his connection to this far-left, socialist organization.

ACORN is the same group that pressured banking institutions into making the toxic loans that are at the heart of our current financial crisis.

Central to the successful working of our republic is honest elections. If citizens believe that politicians are winning elections by committing fraud, our entire governing consensus will break down. Cynicism and despair are the inevitable outcomes.

Barack Obama should announce to the public that he is committed to free, fair and honest elections and if any of his campaign workers encouraging election cheating, he will immediately dismiss them. It is incumbent upon him to set a high standard. Instead, we hear silence from him about the prospect of rampant fraud and a stolen election.