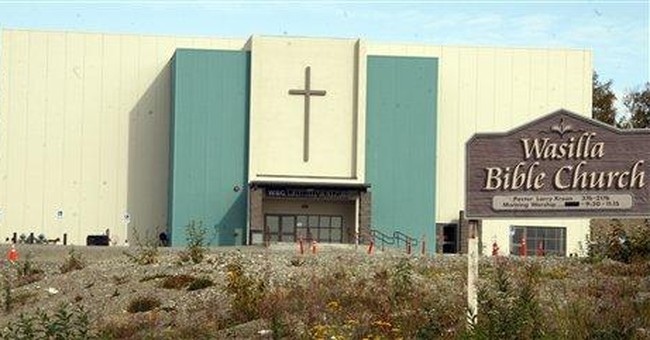 Every election season, the debate over faith in public life is sure to take center stage. It should. And on Sept. 8, it will be the subject of a press conference in Columbus, Ohio. Sadly, the organizers have it all wrong.

The debate is front and center because it embodies the intersection of two of America’s most cherished freedoms: free speech and religious liberty. Americans have long believed that, in a free and healthy society, such debate should continue—inside and outside the church—without government interference. That’s why we have the First Amendment, and that’s why the Alliance Defense Fund has mounted a challenge to a portion of the Internal Revenue Code that violates it.

The ADF Pulpit Initiative will culminate in a sermon delivered Sept. 28 by several dozen pastors nationwide who will evaluate candidates for elective offices and how their positions line up with Scripture. The ADF plan to free pastors from unconstitutional restrictions has been met with misguided opposition, and that includes the press conference on Sept. 8.

Leading it will be a pastor who ADF invited to participate in the initiative, and whose denomination ADF offered to assist when the IRS investigated (and subsequently and rightly cleared) it for politicking. The pastor will protest the very project that would help protect him and his church.

Yes, that’s ironic. But most who oppose the initiative misunderstand it, including our friend in Columbus. Others, however, understand it too well and prefer the climate of fear under which pastors currently operate.

The truth is, the Pulpit Initiative is not about serving any candidate or political party or turning a church into a political action committee. The initiative is about restoring the constitutional right of pastors to speak freely from the pulpit without any fear of punishment by the government for doing what churches do: speak on any number of cultural and societal issues from a biblical perspective—and that includes commenting on the positions of electoral candidates, if they so choose.

Arguing that a tax agency should hold veto power over sermon content is like arguing that the Department of Transportation should decide a school lunch menu. Pastors spoke freely about the policy positions of candidates for elective office throughout American history, even endorsing or opposing candidates from the pulpit, without anyone ever questioning whether churches should remain tax exempt. It was commonplace—indeed expected—for pastors to speak in support of or in opposition to candidates until the Johnson Amendment was inserted quietly into the tax code in 1954 with no legislative analysis or debate.

Most scholars recognize that the Johnson Amendment had nothing to do with churches. It was a cleverly designed bill to silence some nonprofit organizations who opposed Lyndon Johnson’s Senate campaign. But that hasn’t stopped activist groups from wielding the IRS weapon to silence churches across the country. The tax agency’s rule is unconstitutional because it muzzles free speech and improperly entangles the state in church affairs.

The state cannot demand the surrender of constitutional rights for a church to remain tax exempt.

Nonprofit organizations are exempted because they are not profit-makers. If citizens are already taxed on their individual incomes, taxing their participation in a voluntary organization from which they derive no monetary gain amounts to double taxation.

Churches are all the more tax exempt. Church tax exemption is not a gift, nor is it a “subsidy,” as some disingenuously contend. As the U.S. Supreme Court has noted, the power to tax involves the power to destroy, and churches have always been exempt from taxation under the principle that there is no surer way to destroy religion than to begin taxing it.

And how ironic is it that those who publicly wave the “separation of church and state” banner are the loudest voices demanding that the federal government entangle itself in the most intimate church business, namely the content of pastors’ sermons? Americans United for Separation of Church and State, the group that has made its name using the tax man as an axe man, recently wrote, “Constitutional violations do not get grandfathered in simply because of the passage of time.”

AU should listen to its own words. The unconstitutional Johnson Amendment is an axe that’s been around for a half century, but that doesn’t make it constitutional. And neither does the feeling of power the AU enjoys in prodding the IRS to wield it.

This tax rule is a surefire way to destroy the free exercise of religion. It’s time to get the government out of the pulpits of America.