Eric Zwigart
|
Posted: Jan 02, 2021 12:01 AM
Share   Tweet
The opinions expressed by columnists are their own and do not necessarily represent the views of Townhall.com. 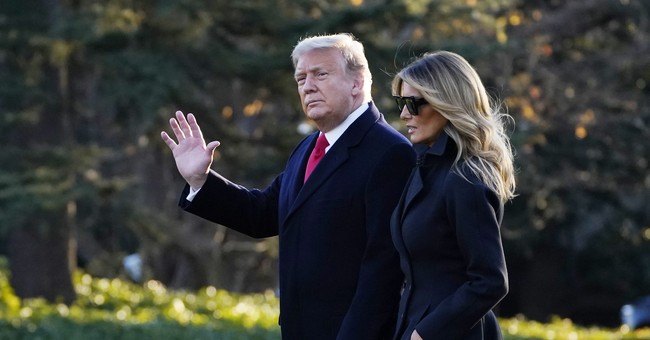 Just like most everything else in 2020, the U.S. Presidential election was a mess. The level of incompetence and blatant disregard for the traditional electoral process is troubling, to say the least. More distressing is how so many elected officials abandoned their sworn obligation to the Constitution and allowed this farce of a process to continue despite the obvious abnormalities that manifested in key areas of the country. Yet, despite the obstacles, it still is not over – as there are many patriotic Americans ready to fight onward.

We can’t have a process that isn’t trusted and believed in like exists now. We can’t survive without transparency, which democrats are throwing to the wind.

Even in the face of the statistically impossible results and sworn affidavits from witnessing cheating in many areas, some officials proved they lack the political courage to stand up for what is right. Some simply sold out their principals or never had them to begin with. Rather than investigate and explore the blatantly obvious issues presented from the election, lawsuits were dismissed, accusations were ignored, and many, many lies were told.

It takes mettle to stand up for what is right, and the 2020 election is showing who has it, and who is lacking. Moreover, it will be noticed and remembered by the nearly 75 million legal and legitimate voters for President Trump who is standing with them as the process continues.

President Trump is being treated unfairly and everyone sees it. The only question at this point is who has the backbone to do something about it.

On January 6, 2021, the United States House of Representatives will be charged with counting the votes from the Electoral College. The validity legitimacy and authenticity of the Electors appointed by several states remain disputed and some Members of Congress are planning to object to the process. While the objections are not new (Democrats did it in 2016) the overwhelming support for objecting is this time around.

In addition to the anticipated political fireworks in the halls of Congress, supporters of President Trump, myself included, are planning to visit Washington to show our support and pressure those officials on the fence to demand integrity for our election. As part of this process, the Raise Up Trump PAC has launched a National Citizen’s Objection petition to demand Congress stop the sealing of the 2020 election. As more and more people sign up, it shows amazing support and illustrates the geographic and demographic unifying power of President Trump.

The political class was never able to accept President Trump. They fought him every step of the way through ridiculous accusations, unnecessary investigations, lawsuits, and even a phony impeachment. What the swamp failed to realize is that President Trump is a fighter - as are the patriotic Americans that enthusiastically voted for him. These voters remain energized and are at the ready to continue pushing for what is right.

The left not only hates Trump and his success, but the loathing also extends to his supporters. In advance of the January 6th massive peaceful protest that is planned, the liberal Mayor of Washington, DC is even instituting new restrictions to prevent restaurants and hotels from serving visitors in town for the rally. They despise Trump more than they care about their country, economy, or Constitutional rights.

President Trump won the majority of legal votes cast because of his stellar record of achievement. If the left gets away with this theft, they will have much larger problems as the true majority of people in the United States will reject any implementation of a radical left-wing agenda every step of the way.

The radical left is so desperate to gain power back and have proven that they will do absolutely anything so that they can further their goals and ideology: pit workers against businesses, pack the Supreme Court with Leftist Judges who can legislate from the bench, raise taxes even higher to further buy votes with “favors and entitlements.”  This is bad for our businesses, our workers, our economy, and our great country.

The real majority will not allow this to happen especially since we have seen how President Trump’s Administration rescued a stagnant economy, created more jobs than ever before, lowered taxes, and created real opportunities for Americans to pursue their dreams by place us on the right path. The recovery is already underway. To stop it now would be both foolish and dangerous – and surely that is not how America really voted – no matter how many cheaters tell you otherwise.

Eric Zwigart is CEO of Bloomington, CA-based RPP Products and founder of Raise Up for Trump PAC