A Moment for Jim DeMint

Erick Erickson
|
Posted: Feb 05, 2021 12:01 AM
Share   Tweet
The opinions expressed by columnists are their own and do not necessarily represent the views of Townhall.com. 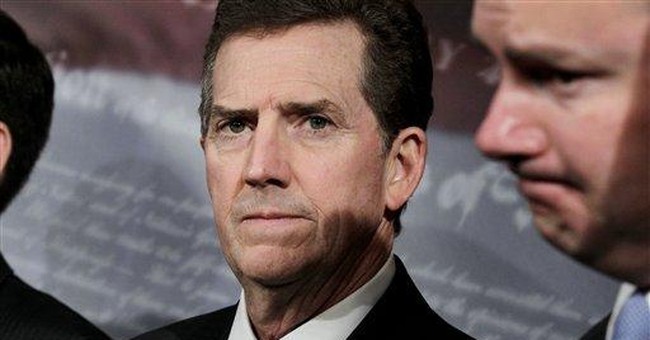 Sixty-one Republicans in the House voted to oust Rep. Liz Cheney as Chair of the House Republican Conference this past Wednesday. Earlier in the day, Rep. Matt Gaetz, R-Fla., said that those opposed to Cheney had the votes to oust her. Earlier in the week, some House conservatives claimed they had over 107 votes and possibly 120 committed votes.

In public, the House GOP engages in performance art for former President Donald Trump and Trump voters. In private, they're still more the Bush-Cheney party than the Trump party.

The problem for the GOP is they can't govern behind closed doors. One thing they have going for them though is that the Trump wing of the party spends so much time performing for cameras that they don't seem to be able to count votes.

It is worth paying attention to some history.

Dick Cheney served as the first White House Deputy Chief of Staff, a position created for him by President Gerald Ford. He went on to serve as the seventh White House Chief of Staff. From that position, he ran for the United States House of Representatives and served Wyoming from 1979 to 1989. He ended his tenure in the House as Chairman of the House Republican Conference. He left Congress to serve as Secretary of Defense before departing Washington and then returned as Vice President of the United States.

Fast-forward 30 years from his tenure as Chair of the House Republican Conference. His daughter, the current House Representative from Wyoming, took on that position in 2019. This is an ongoing problem for the backbench conservative fighters in the House. They can sometimes scuttle things, but they cannot necessarily advance their agenda without Trump.

The Cheney family knows politics and policy. They know how to count votes.

What the Trump wing of the party needs is Jim DeMint's Conservative Partnership Institute. With word that Trump's Chief of Staff and former North Carolina Rep. Mark Meadows is joining DeMint, if Trump supporters want to invest in growing their movement, they should look there.

What DeMint understands is conservatives need congressional staff who know the rules, can maneuver and build coalitions and can count votes. They need to understand that, often times, you can't undo things, but you can stop things from happening. Occasionally, you can even advance sound policies.

As much as a lot of the GOP would like to be rid of that meddlesome Trump, just as they wanted to be rid of that meddlesome DeMint, Trump actually showed there is a path to Black and Hispanic voters that runs through cultural and economic issues. There is a place for an ideology that is less Wall Street and more Main Street. There is a place for cultural, pro-life conservatism that understands the plight of workers with big ideas against an elite who tilts the playing field toward their large donors.

DeMint has long understood this and that a congressman is only as effective as his staff. Couple him with Meadows in finding good candidates to run for office, and they have the potential to build out conservative operations that can count the votes and know when to advance and when to hold.

Last week, the Trump wing of the GOP tripped themselves up, and Liz Cheney called their bluff. I think the party needs both sides. I firmly believe the GOP needs more like DeMint, who long made sure his own party was held accountable. I firmly believe the Trump wing of the party, if it starts training staff and working with the people like DeMint, will be able to ensure the party holds the line on public policy and will give life to what so many now call Trumpism.