Clerical Cowards and Their Cover-up

Erick Erickson
|
Posted: Aug 31, 2018 12:01 AM
Share   Tweet
The opinions expressed by columnists are their own and do not necessarily represent the views of Townhall.com. 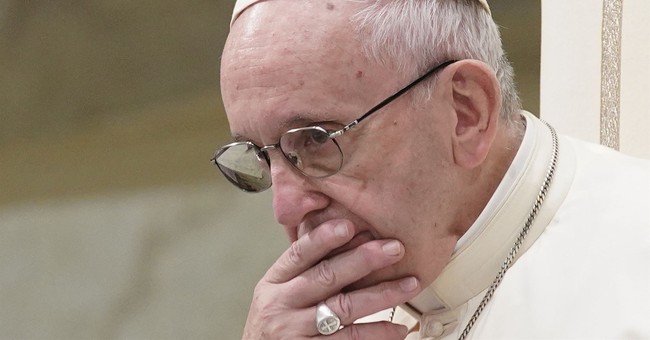 "Great occasions do not make heroes or cowards; they simply unveil them to the eyes of men. Silently and perceptibly, as we wake or sleep, we grow strong or weak; and last some crisis shows what we have become," said Brooke Foss Westcott, the British bishop of Durham in the late 1800s. What we are seeing with the Roman Catholic Church is that much of its hierarchy is filled with not just moral cowards but predators and their protectors.

I am not Catholic but have many Catholic friends, for whom I grieve. The church is exposed now to the devil, and regardless of your politics or faith, this is a scandal about which you should care deeply. It is exposing not just the church hierarchy but also the American media that once prided themselves on uncovering abuse within the church. Now, instead, our social betters in the press have taken the position that molesting children is bad but homophobia is worse.

Archbishop Carlo Maria Vigano, the former Vatican ambassador to the United States, has released an 11-page testimony assailing the church for turning a blind eye to the sexual depravity and abuse of Cardinal Theodore Edgar McCarrick, the former archbishop of Washington. He has named names, exposing a church hierarchy that allowed open homosexual conduct into its seminaries and offices. Some men of the church, having taken vows of chastity and celibacy, have been not only sleeping around but preying on young men with the knowledge of their superiors.

This is coming out now because McCarrick has been outed for his depravity, forcing the pope to reinstate sanctions. Several bishops have come forward attesting to the veracity of Vigano's claims. One of Vigano's claims is that he met with the pope on June 21, 2013, and the pope lectured him on the politicized American bishops, claiming he did not want right-leaning bishops. We now have the video, and it abruptly ends right as that lecture begins.

The National Catholic Register has independently confirmed Vigano's claims that Pope Benedict imposed sanctions on McCarrick. Others who worked at the Vatican's U.S. Embassy confirm key details of his claims. Numerous American bishops have come forward to say Vigano is truthful.

When Jesus Christ was confronted in the Garden of Gethsemane and falsely accused, he did not attack his accusers. He did not even try to talk his way out of the matter or shift blame. He stood before Pontius Pilate and was judged, unfairly, and took on the sins of man upon the Cross. Those of us who believe in Christ can be thankful he did not behave as many of those exposed by Vigano are behaving.

Cardinal Donald Wuerl, the current archbishop of Washington, has been implicated by Vigano and also has been implicated in the Catholic Church scandals in Pennsylvania. But Wuerl is just denying and deflecting. Vigano says Wuerl knew about McCarrick's depravity.

Cardinal Blase J. Cupich, archbishop of Chicago, has attacked Vigano and said Pope Francis has bigger things to worry about than a child abuse scandal. He cited global warming and immigration before claiming that every institution has these problems. He then accused the Italian Vigano of racism against the pope, whose parents were Italian.

Then, of course, there are the American media. The New York Times and other media outlets have pointed out that Vigano is a conservative theologian opposed to letting gays in the church. Therefore, according to our social elite, his charges are without merit, and the press will not investigate. The crisis of the Catholic Church has arrived, and we are learning what its leaders are made of. Too many, sadly, are made of pieces of silver. The priests of the church, the crisis upon them, will now reveal who they are by whether they stand up for the little ones and truth itself.