Erick Erickson
|
Posted: Apr 06, 2018 12:01 AM
Share   Tweet
The opinions expressed by columnists are their own and do not necessarily represent the views of Townhall.com. 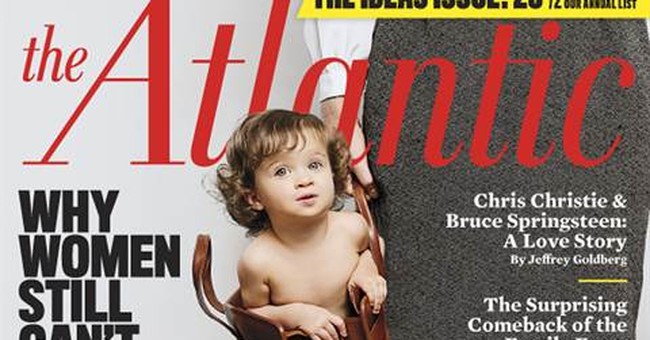 Kevin Williamson has been fired by The Atlantic. Williamson is one of the great conservative intellectuals of our times. He has a keen wit and frequently engages in heterodox opinions that make his writing and thinking intriguing. For a decade he wrote at William F. Buckley's National Review until hired away last week by Jeffrey Goldberg, the Editor of The Atlantic.

The Atlantic fancies itself a place of intellectual diversity where the best writers across ideologies can share their views. But Williamson's hire drew burning rage from the left. Williamson's birth came from an unplanned pregnancy. Instead of aborting him, his birth mother gave him up for adoption. As you might imagine, Williamson has strongly held views on the matter of abortion. A week after hiring him, Jeffrey Goldberg bowed to the leftwing mob and fired Williamson for, in part, how he might make the pro-abortion women in the office feel.

Never mind Williamson's feelings on abortion and that he could have been aborted himself, the editor took the brave stand of worrying about the hypothetical feelings of pro-abortion women in the office. The left told us that the purges happening on college campuses were contained to the campus. Yet here we are today with one of the best voices of conservatism fired from a job for his conservative views.

It will only get worse. Just a few years ago, a liberal reporter walked into an Indiana pizza parlor to see if that parlor would cater a same sex wedding. The owner said he was a Christian so he could not do that. The news set off a wave of antagonism against the pizza parlor, which had to close down for several days. It faced harassment online and in the store for the owner having the audacity to answer a reporter's hypothetical question.

Elsewhere on the left, there have been organized attempts to stop police from volunteering to manage traffic in front of large churches on Sunday. The left has demanded bakers forcibly bake cakes for same-sex marriages or shut down. They have demanded businesses cease business with conservative organizations. They use friends in the media to target banks and others who work with gun manufacturers and resellers. The peddlers of tolerance are especially good at intolerance and the people with coexist bumper stickers really want the right to not exist in the public eye.

Just a few years ago in France, Islamic radicals sympathetic to ISIS stormed the offices of Charlie Hebdo, a French satire magazine, and murdered the employees. Thankfully, in this country, the leftwing mob has not made the leap to taking the lives of those they disagree with. For now, at least, they are content just to ruin lives and businesses.

What we are seeing is an American Culture Revolution, unleashed by a narrow-minded group of leftists who have more in common with Mao than Washington. They have become dominant in the American media and have systematically purged conservative voices from the air and print. Conservative thought is more and more relegated to a ghetto and should any prominent conservative try to leave the ghetto, the leftwing mob will take action to destroy them. Liberals like Chris Cuomo can have a show on CNN attacking a variety of conjured conservative straw men under the veneer of objective news, while a conservative like Kevin Williamson cannot even write columns in The Atlantic.

The result will increasingly be that fringe ideas grab hold of people's imagination. The left has continually reduced the window of what topics are acceptable to those they agree with. Those ideas, in turn, change constantly depending on what group wakes up feeling oppressed on a particular day. They have exiled credible conservative voices, claiming that the most mainstream and innocuous are as racist and bigoted as the alt-right fringe. And if there is no difference between the two, more and more will gravitate to the truly extreme through emotional appeal. The left's insistence on determining who is reasonable on the right will only help bolster the most unreasonable voices on both sides.