The Most Important Weekend in History

Erick Erickson
|
Posted: Mar 30, 2018 12:01 AM
Share   Tweet
The opinions expressed by columnists are their own and do not necessarily represent the views of Townhall.com. 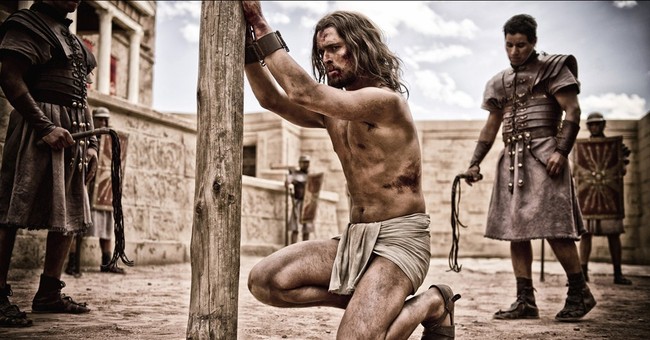 Survey academic historians on the most important events in history and, regardless of their personal beliefs, they inevitably tend to list the execution of a Jewish carpenter some time around 33 AD as one of the most important events. Whether atheist or religious or Muslim or Buddhist, historians recognize that civilization shifted on this weekend roughly 2000 years ago.

The death of Jesus of Nazareth reshaped the map, gave us a common set of idiomatic expressions, brought down empires, inspired the rapid evolution of art and gave the world a truly global religion. While Judaism is still anchored in Jerusalem and Islam in Mecca, Christianity is a global phenomenon where, even as it purportedly declines in the West, it continues to spread in China, Africa and South America.

Those of us who do believe that Jesus was more than a mere carpenter point to this and find reason to believe had Jesus merely died, he'd just be one of hundreds of men who claimed to be the Jewish messiah during that time period. There were certainly others. Most of them are lost to history. Jesus, however, remains. The gospel writers recorded that Jesus did not just die, but conquered death and rose again. The Apostle Paul documents that Jesus appeared to more than 500 people in the 40-day period between his resurrection and ascension into Heaven.

Many prefer to believe Jesus never existed. It is a far easier explanation for them than to deal with the inconvenient truth that the death of a supposed carpenter set off a global religion. Only something profound associated with that death could have pulled that off. Only something profound would see people, less than a generation after His death, willing to lay down their own lives for Him. It does suggest the resurrection is a historic event. It boggles the mind that so many would be willing to die proclaiming Jesus the risen Lord so soon after His death if it had not happened.

In truth, we have more contemporaneous accounts of the existence of Jesus than we do of several Roman Emperors, including the Emperor Nero, or even Mohammed. Merely by the standards of examining the truth of history, it is hard to argue Jesus, the man, is a myth. The Roman historian Tacitus, around 116 AD, noted, "Nero fastened the guilt [for burning Rome] and inflicted the most exquisite tortures on a class hated for their abominations, called Christians by the populace. Christus, from whom the name had its origin, suffered the extreme penalty during the reign of Tiberius at the hands of one of our procurators, Pontius Pilatus and a most mischievous superstition, thus checked for the moment, again broke out not only in Judaea, the first source of the evil, but even in Rome, where all things hideous and shameful from every part of the world find their centre and become popular."

That "mischievous superstition" was the belief that Jesus was still alive. In the Roman Empire, everyone was expected to worship a god. Christians were considered enemies of mankind because they worshipped a living person, not a dead man, which made them atheists.

Beyond the historic references, something more had to have happened. Even Jesus's brother James, who the historic record shows rejected Jesus in life and did not even show up at his crucifixion, became a leader in the early church. Eusebius, one of the earliest church historians, documents that leaders in Jerusalem went to James to have him publicly denounce the religion that had sprung up around his brother. Eusebius notes that James announced he'd been wrong and his brother really was Yahweh incarnate, the living God. The local leaders, enraged, dragged James to the top of the temple wall and hurled him off to his death. That those who knew Jesus best were willing to die in defense of His divinity is staggering. I assure you neither my siblings nor yours would be willing to die in defense of your divinity.

There really is no historic dispute that Jesus lived. The question is whether He still lives and is God. For those who doubt, perhaps they should ask Him, sincerely, and find out.