Erick Erickson
|
Posted: Apr 21, 2016 12:01 AM
Share   Tweet
The opinions expressed by columnists are their own and do not necessarily represent the views of Townhall.com. 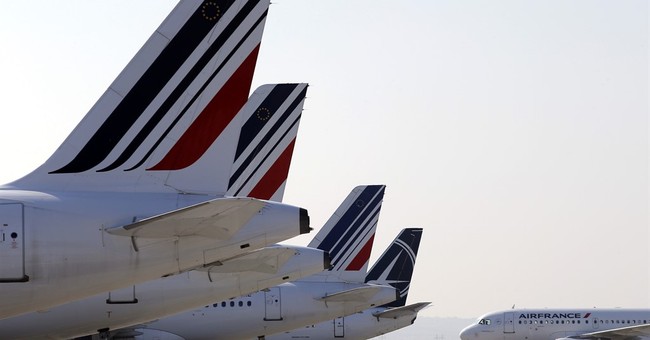 Trending
In the two years that I have written this column, I have always tried to make it about the news of the day. I find myself in the awkward position of being the news of the day. Last week, for the first time since I began this national column, I missed my deadline. No column was forthcoming. I had started the column, and I presumed I would finish it last Thursday morning after a doctor's visit.

Five days ago I was out of breath. It had been an increasing problem. I have become, in an effort to get back in shape, a member of the CrossFit cult. I noticed I was having a harder time catching my breath and I presumed it was allergies. As allergy season got worse, so did my breathing. Five weeks ago, it got so bad I was just exhausted from unloading the car after a trip. I was ready for a nap and could barely stay awake during the day. I went to an after hours clinic whose doctors concluded I was getting bronchitis. They gave me a shot of steroids and sent me on my way.

I felt great for two weeks. Then I declined more rapidly than before. Getting into bed at night became a laborious task. Going up the stairs to bed was nearly impossible. On radio and television, I had skillfully figured out how to inhale while talking because I could not keep my breath in a simple conversation on Fox or behind my radio microphone.

At the point that I realized I was out of breath just putting shampoo in my hair, I knew I needed to go to the doctor. I had a constant weight on my chest and figured, with my family history, my heart was having issues.

On April 11, I went to see my doctor. He did blood work and an EKG. Everything with my heart looked fine. He scheduled a cardiology appointment for the 15th and told me, if I really felt I could do it, I could take a trip to Connecticut on the 12th. I flew to Connecticut to speak to the UCONN College Republicans. That night, on the way back from speaking to the students, I had to stop and catch my breath. I told the organizers of the event I was recovering from bronchitis, but had a growing suspicion something was really wrong.

I flew home the next day. The next morning, my wife got me into the cardiologist's office a day early. He performed an echocardiogram, which showed my heart is perfectly fine, but I had unusually high pulmonary hypertension. He sent me to a local hospital for a CT scan and I never left. Within 10 minutes of the CT scan, they admitted me to their CV-ICU unit. Doctors started telling me I should be dead. Nurses told me how lucky I was to be alive. No one could believe I was walking at all.

Over the past few weeks, my lungs have been filling up with blood clots, called pulmonary embolisms. It is a growing trend for regular air travelers. As plane seats have gotten smaller and leg room more cramped, blood flow behind the knees gets compressed, setting the stage for clots. I flew around 100,000 miles last year and am a prime candidate. Standing up regularly and being well hydrated alleviates the risks to a degree. Usually, I try to stay in my seat, but that will have to change.

It is a scary thing to be told by doctors that you should be dead. I have a minimum of six months recovery ahead of me. The moral of the story is that I should listen to my wife when she tells me to go to the doctor. About the only thing more surreal than this experience is learning it became a national news story. At least, now home from the hospital, I can return to the exciting world of Trump vs. Cruz. On second thought, I might want to go back to the hospital instead.