Would You Ever Vote For A Democrat?

Erich Reimer
|
Posted: Aug 19, 2018 12:01 AM
Share   Tweet
The opinions expressed by columnists are their own and do not necessarily represent the views of Townhall.com. 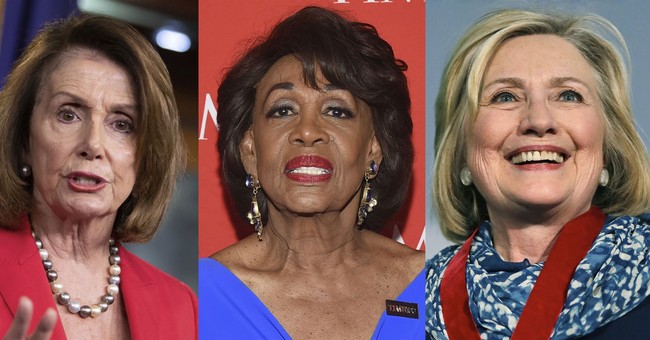 There once was a time in American history – in fact perhaps for the bulk of it– when cross-party voting was nothing special but rather the norm. Electoral results would vary wildly as voters deviated wildly from their partisan loyalties and even the power of party on our elected representatives was far weaker.

Nowadays the mere thought of cross-party voting baffles the minds of most on either side of the aisle, as if it were an unspeakable heresy or like a Yankees fan hoping one game that the Red Sox win it.

Part of the reason for this is that the impact of party-line voting has changed as the parties have become more ideologically homogenous. In past decades you could very well vote for a truly pro-Second Amendment and pro-life Democrat or a pro-regulation and pro-welfare-state Republican. In 2018 our parties hold their cards and Overton windows much tighter, for example as we see with regular sieges and fierce purges against remaining pro-life Democrats.

Indeed, the increasing ideological lockstep of our political parties is also a reflection of how our parties have gone from big-tent coalitions, less a representation of beliefs but more of location and culture, to truly seemingly ideas-based organizations.

For example, for much of the Democratic Party’s 20thcentury history, it was based on an urban machine network that essentially supported the communities it was based in through patronage, mutual aid, and protection, particularly for the waves of immigrants that came to our shores during America’s industrial growth years.

In contrast, the Republican Party retained a high-brow core that also united with farmers, businessmen, and the intellectual elites, with its ever-shifting bases also including prohibitionists, isolationists, civil rights advocates, pro-immigration champions, and others.

All of this seems incredible to us today when we think that once upon a time it was the Democrats who were the party of those who wanted to promote, for example, God in our public life, immigration restriction, and an aggressive American foreign policy and it was Republicans who fought for secularism and trust-busting.

As for how this is all relevant to our current debates? It is a historical reminder that our two-party system is constantly evolving and changing, as the natural ‘market’ reaction of the political big tents to the underlying passions and beliefs of the electorate turn and morph.

On one hand, the ideological unity of our political parties makes them much more coherent organizing vehicles for certain worldviews and policy goals. However, I believe the negative effects are far more, due specifically to the way human nature works.

As we’ve seen in other countries, where often parties are less big-tent but more ideological, the organizations experience extraordinary instability in terms of their ability to keep power and relevance in the public square as the issues of today may become irrelevant tomorrow, leading to extensive renaming, rebranding, and reorganizing.

Furthermore, groupthink is powerful and real. When a party adopts a certain ideological stand clearly, it inherently causes the people within it to be pushed to conform to a series of tenets that in the end, few may fully agree with but with whom voicing disagreement is difficult.

This effect stifles debate and disconnects our discourse and policymaking process from actually looking rationally at the most effective laws, regulations, and norms to promote and implement, as well as reflecting what the population actually wants to see done.

We end up with a disconcerted and distorted discourse, with the worst potential results being like in the Soviet Union where the elites would battle endlessly over the tiniest, and fundamentally most irrelevant, ideological line in the treatises of their ‘great leaders and thinkers.’

In the Soviet Union, this process became so twisted that entire completely imagined paradigms arose out of it, such as the pseudoscience of Lysenkoism, as the power of groupthink and towing the line took its course.

Ideology has meaning and it seems our current political climate is giving it more power. However, in the end, the world is extraordinarily complex and always changing, making a combination of fundamental values and pragmatic analysis and implementation the best in my opinion – and indeed historically what our country and its people have embraced.

The idea of Conservative Democrats or Progressive Republicans seem like oxymorons to us in our current political climate but there still may be a day when those terms go from the dustbin of history to reality once again. In the meantime, our newly empowered parties who have seemingly won their own internal battles now participate in what is fundamentally a flawed and losing for the country, war against each other.

After all, President Donald Trump smashed ideological orthodoxy to pieces when he ran and won the GOP nomination. Even the most seemingly set-in-stone things can be surprisingly brittle and hollow.