Emmett Tyrrell
|
Posted: Sep 01, 2016 12:01 AM
Share   Tweet
The opinions expressed by columnists are their own and do not necessarily represent the views of Townhall.com. 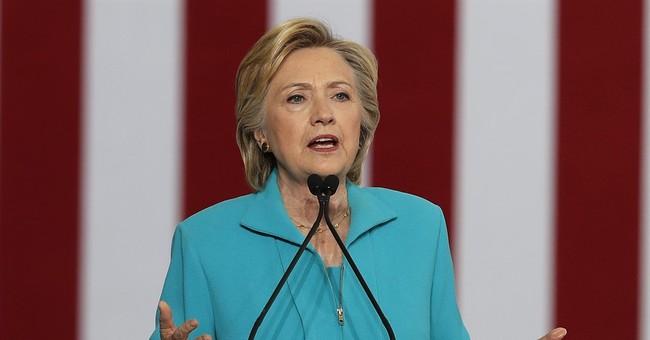 WASHINGTON -- I have a rule or two about the topic of race. I could possibly extend it to three or four rules. The first rule is that in a dialogue about politics, current events, horticulture, haute cuisine, you name it, the first person to introduce the question of race is probably a racist. If that person belabors the point, he is definitely a racist intent on exploiting the issue for personal gain. Finally, if he is obsessive on the matter, his racism has become pathological. There is no known cure for such creatures. Think of Rev. Al Sharpton discussing haute cuisine without reference to race relations. I suggest it is quite unthinkable.

By this standard, Hillary Clinton is definitely, at least by contemporary standards, a racist. Just last week, America was enjoying a perfectly normal presidential contest, with Donald Trump calling Clinton "crooked" and Clinton questioning Trump's temperament and the color of his hair -- highly misandrist charges if you ask me. Then, what does Clinton come up with all of a sudden? She charges Trump with "racism," and the whole mainstream media, or MSM, reverberates with her charges. The New York Times has even found traces of racial bigotry in Trump's early business career, his childhood and his time out there on the playground! Frankly, the Times' stories made it sound like Trump was raised in apartheid South Africa rather than Queens, New York. Then, Clinton charged him with courting the Ku Klux Klan, and her running mate dutifully observed that Trump embraced "Ku Klux Klan values," though he bathes regularly and even uses deodorant.

About this time every presidential election year, the Democratic Party trots out the Ku Klux Klan as a major supporter of the Republican candidate. In fact, the Democrats make the Klan out to be a major player in American politics, though they in their snowy white garbs usually poll very poorly among the general electorate. Nonetheless, the Democrats' quadrennial outbursts are something every pinheaded Klansman looks forward to with touching avidity. Back in jerkwater, every Klansman (they usually number no more than a dozen or so) gets ready for his presidential moment with enthusiasm. Awash in delusions of grandeur, they bathe, shave off their grizzle, put on clean shirts, perhaps even laundered shirts and don long pants. Forget the overalls. This is a presidential year! Now they are prepared for the arrival of the television cameras from the big city. The smarter ones have even prepared a short diatribe about our white civilization or the peril of tooth decay.

Serious observers of the American political scene can all agree that charges such as those Clinton and the Democrats made against Trump last week do more to keep the Ku Klux Klan alive than a grant from the Ford Foundation. Both have been the sustainers of racism in America for years, and now they have found another fringe group that is supposedly equally terrifying. As Clinton sees it, this group will guarantee that every person of color in America rushes to the polls. Its unmarketable name is the "alt-right." Frankly, I had never heard of the alt-right until the MSM began terrorizing us with its claims a week or so ago, though I would advise readers not to waste their time reading up on it. The alt-right will be passe the day after this election, possibly earlier than that.

Yet the Klan is an election perennial. It will never evaporate. It is too valuable for Clinton and the Democratic Party to let expire. I would not be surprised to discover Democratic Party stalwarts supplying its woebegone members with food stamps in off-election years and powder to treat head lice. Actually, this year a grand dragon of the Klan by the name of Will Quigg even demonstrated some political acuity. He came out in a video last week endorsing Clinton. Imagine that, a grand dragon, complete with conical headdress, endorsing America's first woman presidential nominee of a major party. Apparently he is endorsing her despite her many brushes with the law. I can see the headline now: "Grand Dragon Quigg Goes For Crooked Hillary." His endorsement will dilute the Klan's strong stand for law and order, but political promises are made to be broken.

Moreover, the Klan even claims to have given Clinton more than $20,000 in donations, though Clinton's spokesman, Josh Schwein, claims, "This is completely false." Well, he would say that, wouldn't he?

There is more good news for the Clinton campaign. The national chair of the Communist Party USA, John Bachtell, has also endorsed Clinton. It's possible the Democrats' tried-and-true charge of racism against the Republicans is working once again.