The Death of Liberalism Updated

Emmett Tyrrell
|
Posted: Mar 03, 2016 12:01 AM
Share   Tweet
The opinions expressed by columnists are their own and do not necessarily represent the views of Townhall.com. 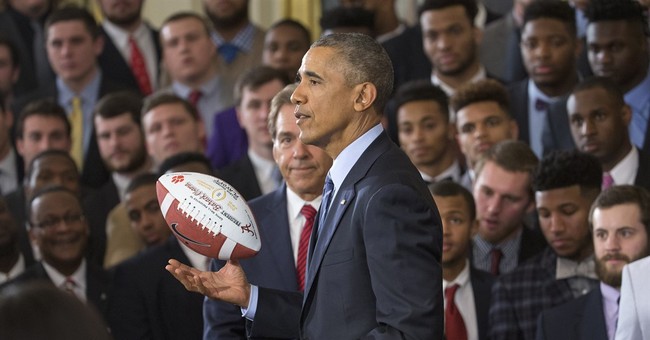 I wrote a book in 2011 with the felicitous title "The Death of Liberalism." The book's title pretty much said it all. By 2011, the ideology of Adlai Stevenson, of Hubert Humphrey, of Daniel Patrick Moynihan had expired. In the book I explained why liberalism was dead. Today the evidence is even more abundant. A socialist and a liberal naysayer as the sole candidates for the Democratic nomination? Liberalism is history.

President Bill Clinton in his 1996 State of the Union address was succinct: "The era of big government is over." President Ronald Reagan in the 1980s made it so. Newt Gingrich in the 1990s was seeing to it that the liberal corpse could not be resurrected, and not much that Clinton did in his presidency resuscitated liberalism. By 2011 I thought it was time for an autopsy.

In fact, I was exhilarated by the prospect. In 2009, Sam Tanenhaus had written a book called "The Death of Conservatism." It was an elaboration of an essay he had recently written in the pages of The New Republic. Truth be known, Tanenhaus' book was a second-rate graduate student's dissertation, with snatches of intellectual history and poppycock. Otherwise it was not very impressive. It was devoid of facts and did not even have any statistics. I thought I could best him easily. Of course, he had the liberals on his side whooping it up. But all he did was tell us that if Edmund Burke and William F. Buckley Jr. were alive they would be very remorseful about contemporary conservatism. I think Tanenhaus mentioned gun control.

I argued more rigorously. I cited facts and statistics. Conservatives -- supposedly dead conservatives -- actually outnumbered liberals in 2011 by more than 2 to 1. I cited moderates, who sided with conservatives on economic and foreign policy matters. I cited our think tanks pouring out policies that were the stuff of contemporary politics. I cited conservative books and publications that were far from dead. Finally, I was rude enough to cite the result of the 2010 elections that came mere months after Tanenhaus' book was published. Then that combination of some 40 percent of the electorate, the conservatives, and some 35 percent of the electorate, the moderates, swept in a conservative House of Representatives, six more conservative senators and numerous state legislatures and governorships. Conservatives were in a position to redraw Congressional districts and rule for years to come. They have. Things looked bad for the ghosts of American liberalism.

A kind of left-wing evolution had replaced liberalism. By 2012, I thought I had won the case that liberalism was kaput. We still had the first black president in American history, but he was no liberal (he was a Crony Capitalist) and as 2013 moved into 2014 his party was facing another catastrophic defeat. Even his legacy legislation was in danger of being repealed. Obviously, I had been right about "The Death of Liberalism." It had evolved into Barack Obama's Crony Capitalism, and even that was staggering. Liberalism had been replaced by factions of the international left, and in America the left is not very appealing. After the 2016 election I may have to write another book. Possibly, I will call it, "The Death of the Left" or "The Death of Crony Capitalism."

As things stand in the late winter of 2016 there is even more evidence that liberalism passed away quietly in 2011. The Democratic Party has but two candidates up against a rock 'em sock 'em Republican Party featuring four energetic candidates, all claiming to be conservatives.

Neither Democrat is claiming to be a liberal. Bernie Sanders identifies himself as a socialist, and if you do not believe it he will tell you he even honeymooned in the Soviet Union -- during the Cold War! There he disparaged our sitting president, Ronald Reagan, and patted on the head Soviet education and health care. Both were less expensive than American education and health care. Also during the Cold War he visited the comrades in Nicaragua and Cuba. The Democratic front-runner is Hillary Clinton who eschews the term liberal and denounces her husband's moderate policies of the 1990s. Apparently, so now does Bill. Oh, and by the way, during law school she interned for a San Francisco communist, a Stalinist! Bernie has nothing on Hillary.

This is the condition today of that reliquary of liberalism, the Democratic Party. As I say, we have lived through "The Death of Liberalism." It is astonishing that so few Americans -- even conservatives -- recognize it.