The Return of a 47-Year-Old Headline 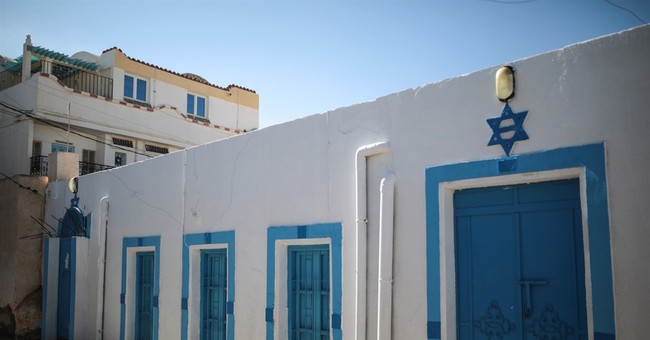 I was thumbing through an old magazine over the weekend. It was 47 years old to be exact, and I came across a surprisingly prescient piece entitled wittily, "The Arab, the Jew, and the Pickle." What particularly caught my eye was that the piece was written by me in what is now called The American Spectator. Imagine that. In it, I argued that Israel had no other choice but to resist its enemies. They were all around little Israel and they were hostile to the utmost. Any sign of weakness would put the state of Israel in mortal danger.

That piece got me to thinking. Have I not made this point for years? I did a search and found that I made almost exactly the same point November of 1976 in the pages of Harper's. The piece was entitled -- rather unimaginatively -- "Chimera in the Middle East." Then, as I Googled, I found what I already knew. I have been making it in other places for years, for instance, in The American Spectator, the Good Times (also known as the Washington Times) and other places along the way. Israel has no alternative but to resist its enemies, and, incidentally, its enemies now seem fewer, at least fewer in the Middle East. Perhaps what enemies the Israelis still have in the Middle East are dreadfully dangerous but they are not so numerous as they were in the past. Such countries as Egypt, Jordan, Saudi Arabia and the Gulf states now feel they have other fish to fry than Israel. They have actually been supportive of Israel recently, for instance, on the nuclear agreement between the United States and Iran.

Yet Europe has for the most part been held aloof from Israel -- until Nov. 13. With the massacres in Paris, the French government also sees itself as up against implacable foes in the cowardly and quite mad terrorists who come from the fever swamps of Islamist fundamentalism. Soon I should hope other European countries will join in the fight. ISIS and all the other terrorist groups have got to be extinguished. These terrorists do not employ diplomats. They only employ suicide bombers and fighters who hide behind women and children. They offer no negotiating principles. They only want to kill and to be killed. Extinguishing their madness is going to take a long time.

Whatever possessed Europeans to think they could live peacefully with such savages prowling the globe? When ISIS sent out its first pictures of mass beheadings, all civilized people should have known these animals had to be hunted down and killed. Whatever possesses the Prophet Obama to talk of "containing" ISIS? Whatever was he thinking when he fatuously said: "I don't think they're gaining strength." He said that on the morning of Nov. 13. I wonder what he was blubbering that evening.

In the case of Europe's insouciance, the Europeans have been kidding themselves for years. In the case of Obama's fatuousness, I lay the blame to his own fantasizing. He really thinks he has contained ISIS, and that these monsters will go away.

There is one striking difference between early magazine piece and the present. In 1968, the terrorists pretty much contained their barbarism to one nation -- Israel. Now they have become more barbaric and they have increased their range to include Europeans, Russians, and Americans. That inspires a thought. ISIS is bringing old rivals together.

Our president, the most insipid in American history, says he will continue his listless "strategy" despite the recent massacres in France and Mali. The French president, Francois Hollande, is travelling the world to unite it against the terror that struck his country on November 13. I for one am pulling for Hollande. An army of Europeans and Russians can finish the terrorists off pretty quickly, and Obama's army will continue to lead from behind.