The Future of Identity Politics 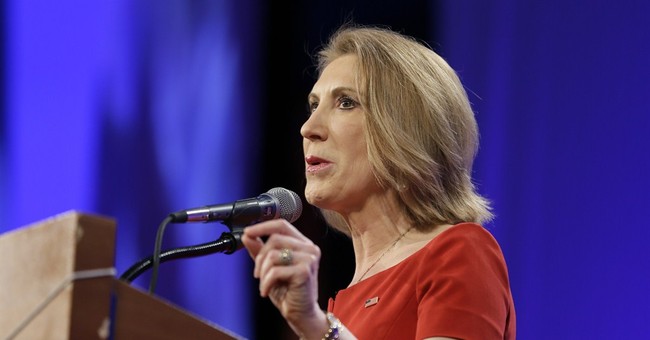 Trending
WASHINGTON -- Are American voters still suckers for identity politics? Have they not learned that character matters more to leadership than some random physical trait like race, color or creed? Did Franklin Delano Roosevelt's race help him win World War II? Did Ronald Reagan's creed help him win the Cold War? What was his creed?

Americans fell for identity politics in 2008, when they elected Barack Obama at least in part because he could lay claim to being African-American. Even I was rather glad when he won. Now maybe all the claptrap about America being a racist country might subside. Let the Germans and French catch up with America.

Of course, my enthusiasm for Obama evanesced a bit when the economy continued to fizzle and our foreign policy began to make it downright dangerous to carry an American passport in some parts of the world. Now, with the economy slipping back toward recession and a ragtag army committing atrocities in the Middle East that have not been practiced by armies since the Dark Ages, and all while our president polishes up his golf game, I am looking to elect a leader to the White House in 2016, not a community activist or even a gifted mesmerist.

Yet I hear murmurings that 2016 is the time for America's first woman president. That woman is not for a certitude Republican Carly Fiorina, though she has -- without benefit of money or staff -- waged a terrific early campaign, asking all the right questions, displaying poise, acuity and an agile mind. Moreover, her questions are directed at the right target: the duplicitous, money-grubbing Hillary Clinton. Does anyone doubt that Fiorina has the courage, the energy and the grasp of the issues to make Clinton cry out to rid her of this Republican woman?

How long are our elections going to revolve around the questions of gender or race or humble birth? When will we return to asking the most important questions of whether our candidates are sufficiently fortified by good character to make the right decisions and govern wisely? Frankly, it has been an embarrassingly long time since a candidate's character or lack thereof mattered in an American presidential election.

Oh, we might subtly hint at the issue, but boldly questioning a candidate's character? For instance, asking Hillary about those 30,000 emails she claims to have lost. For instance, asking her about waving or bending State Department regulations so her husband could earn vast speaker's fees (as much as $700,000 a night) or about donations to the grasping couple's "charity"? Possibly Clinton is going to be asked about these indelicate matters, but if the press does not ask her about them, I relish the spectacle of another woman candidate doing so. Why not Fiorina?

As I recall, the question of Bill Clinton's character was raised very pianissimo in his 1992 campaign. Bill Clinton had been caught lying about his experience with the draft and with drugs. He had been caught lying about adultery and chasing women. There were questions about his campaign irregularities. As the campaign proceeded, raising the question of the candidate's character was treated as a veritable hate crime. It was no longer acceptable in polite political discourse.

Naturally, iconoclast that I am, I tried. On the Phil Donahue television show with David Gergen and Chris Matthews, I first trotted out my witticism that Bill had more skeletons in his closet than a body snatcher. Truth be told, Hillary's present campaign has given the line new vitality. Only the owner of the closet has changed -- and only marginally the closet's contents. Subtract a few cuties from it. Add a few foreign donors. The witticism has endured for 23 years. Yet Gergen and Matthews did not get my joke back in 1992, and doubtless it still stumps them today.

Throughout the 1990s, whenever a reminder of Bill Clinton's flawed character was alluded to, a Clintonista usually could banish the subject by claiming "they all have done it" -- meaning presidents and politicians. Today I am not so sure that rejoinder will suffice.

We have been living through a presidency of failed leadership. Serious people know that leadership reflects character. If one lacks good character, one is not likely to be a great leader, and a great leader will be necessary to dig America out of its present mess. I really do not care if that means electing America's first woman or first Eskimo or even another male. Identity politics are not the answer to what troubles us.