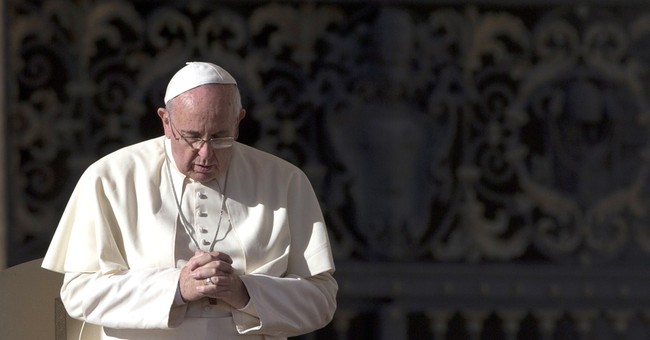 WASHINGTON -- Will Rogers, the late American humorist and corn-pone philosopher, once said, "All I know is what I read in the papers." That statement earned him a place in Bartletts's Familiar Quotations. Were he alive today it would most likely be inviting widespread derision. Today's newspapers abound with bogus stories. Most of us only know of the stories that are soon exposed. Doubtless there are many more. For instance, news stories of GDP growth or inflation rates usually have to be revised but they are taken at face value when they first appear.

Are there any newspaper readers in America who do not know about the humbug of Rolling Stone's story about alleged rape at the University of Virginia? The story was based solely on the word of the alleged victim without any further sourcing. Now University officials and local police have yet to find a trace of the seven alleged rapists. The fraternity at which the alleged rape took place has no record of a party having taken place there -- two years ago, as it happens! And one more thing, it appears three of the victim's original supporters now think they were given a bogus email address. They are beginning to doubt her elaborate story, which features no witnesses other than her.

Yet some would-be journalist working at the University of Virginia's college paper, The Daily Cavalier, has notified Politico that "to let the fact-checking define the narrative would be a huge mistake." The University apparently agrees. Denied the benefit of evidence to substantiate the victim's claim of rape, the University is going ahead with its sanctions against the whole Greek system on campus -- including the sororities. So, at this point, there was no rape at UVA, though the university officials are still in a lather about sexual assaults on campus.

Now there is another bogus story appearing in another New York publication, New York magazine. Over the weekend, a high school student from Queens, who claimed to have made some $72 million trading in stocks during his lunch break, said he had made the entire story up. The student, Mohammed Islam, 17, and his sidekick, Damir Tulemaganbetov, the "son of a Kazakh oligarch," informed the New York Observer that Islam had pulled a fast one on New York magazine in its "Reasons to Love New York" issue. The magazine assured readers that it was "looking into it [the hoax] further and will update accordingly." It even claimed that its reporter had seen Islam's bank statements "that showed he is worth eight figures." Alas, a spokesman for these fun-loving kids said there were no bank statements and the "fact-checking [by New York] ... could have been more stringent." Perhaps New York's reporter, Jessica Pressler, was looking at Islam's laundry lists. At any rate she will not be at New York long. She is moving on to Bloomberg News, to its investigative unit!

Which brings me to my favorite bogus story of recent days, one that made the front page of the New York Times, and that really warmed the heart of my wife and of our Labrador retriever. In the Times the story ran under the headline "Dogs in Heaven? Pope Francis Leaves Pearly Gates Open." The story that originated in Italy's Corriere della Sera and quickly traveled around the world claimed that Pope Francis, while attempting to console a grieving young boy who had lost his pet, asserted that heaven is open to pets. Naturally, the Times reported this theological bombshell while needling conservative people of faith about how the pope "has given hope to gays, unmarried couples and advocates of the Big Bang theory." There were other digs at "conservative theologians" and there were claims that the pope's remarks were a "repudiation of conservative Roman Catholic theology that says that animals cannot go to heaven because they have no souls." The news story said nothing about my Labrador retriever's lack of the faculty of free will (to make moral judgments) or her very limited sense of right and wrong, two issues that would certainly matter to the pope.

Thus, people with a love of animals and a moral heft were not surprised the other day when it was reported that the story was completely untrue. Pope Francis never made the idiotic statement and there was no grief-stricken boy. The news story was based on a misreading of the pope's general audience at the Vatican Nov. 26. Yet the Reverend Ciro Benedettini, a Vatican spokesman, did have a helpful bit of information for journalists. He said, "There is a fundamental rule in journalism. That is double-checking, and in this case it was not done." Nor was it done at New York magazine or at Rolling Stone, and, apparently, it will not be done at the University of Virginia's campus newspaper. Thus we can anticipate more amusements from American journalists in the years to come.