The Elections and the Last Racists 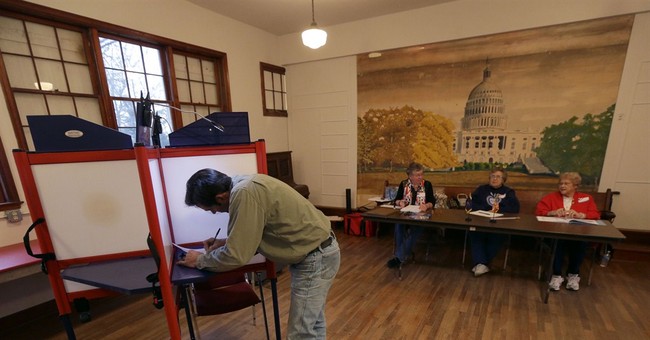 Trending
WASHINGTON -- So what did you think of the 2014 election? Do I hear talk of a wave election? Is 2014 another 2010 election? I think it is, and that makes it more significant than any other recent election, as I shall explain in due course.

First, review the outcome. Republicans have increased their margin in the House of Representatives. That was deemed unlikely a couple of days ago. They have captured the Senate, again a very questionable outcome according to the polls only a few days ago. They have won a majority of governorships, including in one-party Illinois, Maryland and Massachusetts. Moreover, they probably have a majority of state legislatures. And one thing more -- the Democrats' leading campaigners continue, as has been true for years, to be the kiss of death to almost anyone they endorse. I am speaking of my friends, the Clintons.

Finally, there are two more races that spring to mind, in South Carolina and Utah. Tim Scott, a black Republican, won the Senate seat in South Carolina, and Mia Love, a black woman Republican, won a House seat in Utah. Possibly it is time for the Democrats to desist from their vulgar practice of pitching campaigns towards supposed women's issues and the inflammatory issue of race. Those issues have grown tiresome.

Who else besides a Democratic candidate would think that condoms and race are anything but passe issues today? Birth control lost its ability to shock us about 50 years ago, and certainly by this election it has lost its ability to turn out large numbers of angry women. As for playing the race card, it should have lost its ability to fire up the Democratic base after the 2008 election, when the American people elected their first black president.

Then, many voters were glad to vote for Barack Obama, if for no other reason, to put the issue of racial prejudice behind us. What other Western power had elected a black man to such an exalted office? Four years later they voted for this black man yet again, many suspecting that they were electing a failing president. Still they thought they would give him the governance of the country one more time, so proud were they to have overcome racial prejudice.

Looking back on Obama's election and re-election, I have come to the conclusion that he could not have been beaten by any living American. In fact, in a matchup with George Washington the contest would have been too close to call. The 2008 election was significant but not as significant as 2010 and 2014. With these wave elections the electoral map, both in the states and nationally, has changed and will remain changed for years to come.

The only Americans who talk about race as a controversial issue today are Democrats and so-called educators, about whom there is nothing to be done. They are hopeless. Attorney General Eric Holder sent federal monitors to oversee elections in 18 states, some not even members of the old Confederacy. He said, "One of the Justice Department's most sacred responsibilities is ensuring access to the ballot box for every eligible voter," whether or not they can prove their identity. Meanwhile Democrats were running ads on black radio stations accusing Republicans of supporting the kind of gun laws that "caused the shooting death of Trayvon Martin." The Democratic Party of Georgia was distributing brochures portraying black children carrying signs that say "Don't Shoot" and the handouts calling on voters to "prevent another Ferguson." To which the head of the Party, Barack Obama, made no objection.

As I say, who else in America makes such inflammatory charges? Well, as it happens, I was at Indiana University a week ago giving a speech in the course of which I mentioned President Obama's historic election. And behold, rising up before me from the audience was a man who totally ignored my comments on Obama's election and repeated the charge that America is a racist society, throwing in some claptrap about how the country also hates its poor. It might be illuminating to observe that this dunderhead was Indiana University's student body president lo some four decades ago and a revered member of that futile group the Students for a Democratic Society. He had not stopped harping on racism and poverty in all these years. Today the president of the United States would not disagree with our friend from SDS.

Last week Ben Stein was right when he said on Fox News that President Obama "is the most racist president there has ever been," at least since the arrival of the 20th century. It is time for race to be abjured by the president and by the Democratic candidates. America has moved on.