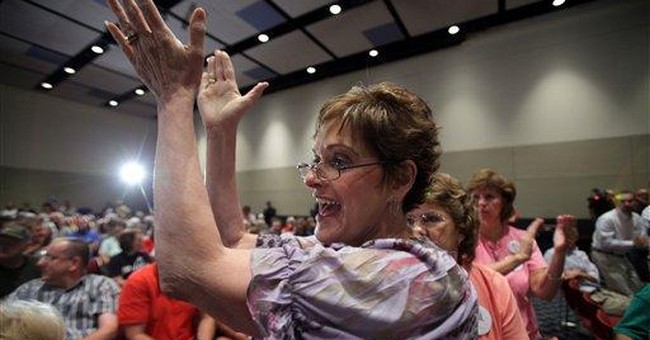 Allow me a word of encouragement to our president. Mr. Obama, you are doing just fine. You wanted to set a new tone in Washington, and you have. You wanted an open debate on health care, and you have it. Admittedly, the tone is astoundingly rancorous, and not incidentally, your approval ratings continue to decline. Then, too, support for your health care reform is dropping, especially among independents. Yet I believe you can take heart. You have roused the interest of the American people in you, the Democratic Party, the Congress and health care. That is good news, at least for us conservatives. Again, you are doing fine. Ever-larger numbers of Americans are alarmed by you, your party, the Congress and your health care monstrosity. Mr. President, you are doing fine. Keep it up. Let me know if there is anything I can do to help.

Truth be known, what else were we to expect from the new administration? In the Senate, our president was the most left-wing member by a lot. That is a fact, clearly visible to those who followed his voting record. He was also the least experienced major-party presidential candidate in more than a century. As for his experience before he entered upon his brief political career, he never was in the private sector, where he might have gained knowledge about profit margins, the difficulty of maintaining a work force, or the burden of even a slight tax increase. His sole experience has been a fleeting period teaching law and the anomalous experience of being a community organizer, that is to say, a rabble-rouser who organizes needy people to pester governments and corporations for cash or services.

This campaign for health care reform has been an ongoing chaos. From all I have been able to tell, the Obama White House is a chaos, too. The other day, I heard of a highly placed White House staffer, with glittering credentials, who sits in a cubicle answering 300-400 urgent e-mails a day. That only reinforces the reports that this White House is nearing a state of "burnout." The word circulating about the Democrats is that they are "desperate" over the state of the Obama health care plan. They have reason to be, and my guess is that things will get much worse. Democrats, what were you thinking of when you nominated the most left-wing and inexperienced candidate in the 2008 Democratic field?

Out on the campaign trail, where the Prophet Obama is thumping for health care reform, he should be very much at ease. Campaigning is the one aspect of politics he does well. But here, too, we see desperation. The other day, he accused his critics of engaging in "scare tactics." He objects to their claim that the bill is exorbitant, though that claim is reinforced by the nonpartisan Congressional Budget Office, which puts the price tag at more than $1 trillion. He says he will shave off $500 billion from that sum by cutting waste, fraud and abuse, though the CBO estimates the savings at only 1 percent of the trillion-dollar cost increase. He says his reforms will not fall heavily on the elderly or the disabled, though his own health care advisers have written that reforms (SET ITAL) should (END ITAL) fall heavily on these groups. We can quote them. Call it scare tactics if you will.

Dr. Ezekiel Emanuel -- who is the health-policy adviser at the White House Office of Management and Budget and a member of the Federal Coordinating Council for Comparative Effectiveness Research, as well as White House chief of staff Rahm Emanuel's brother -- propounds discrimination against the elderly and other less-than-robust patients. In the medical journal The Lancet, he wrote in January: "Unlike allocation by sex or race, allocation by age is not invidious (an irrelevancy) discrimination; every person lives through different life stages rather than being a single age. Even if 25-year-olds receive priority over 65-year-olds, everyone who is 65 years now was previously 25 years." As for the less-than-robust, in The Hastings Center Report, he has written that medical care should be withheld from those "who are irreversibly prevented from being or becoming participating citizens. ... An obvious example is not guaranteeing health services to patients with dementia." Thus, the state should decide when and whether you get treatment. Does that not have a grisly ring to it?

Dr. Emanuel veers from the grisly to the delightfully frivolous in his pontifications on cost cuts. Savor this one, from the Journal of the American Medical Association in May 2007: "Too much money spent on health care reduced the ability to obtain other essentials of human life as well as some goods and services not essential to life but still of great value, such as education, vacations, and the arts." Yes, he said "vacations and the arts." So once we have Obamacare and you are sitting around waiting for a hip replacement or a CT scan, remember that tax revenues are being better spent on vacations or perhaps the performance art of that lady who smothers chocolate on her naked body. On second thought, she may be sitting nearby also awaiting a hip replacement. Remember, chocolate stains.