Who Is The Real Conservative?

Elliot Resnick
|
Posted: Apr 02, 2016 12:01 AM
Share   Tweet
The opinions expressed by columnists are their own and do not necessarily represent the views of Townhall.com. 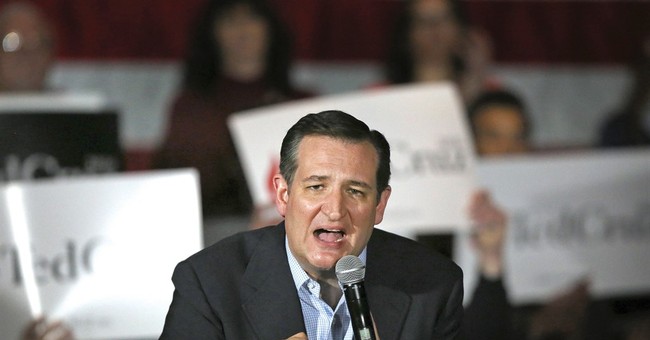 “Trump is not a real conservative,” they say. Really? Let’s go down the list: He favors lower taxes, less regulation, a robust military, traditional marriage, local education, gun ownership, a balanced budget, protection of the unborn, the elimination of Obamacare, a crackdown on illegal immigration, an America-first foreign policy, respect for the police, gratitude to our military veterans, and the public celebration of Christianity. Sounds awfully conservative to me.

To be sure, Trump also champions some form of universal healthcare and the welfare state. But these are two exceptions in an otherwise straightforward conservative resume. More importantly, every Republican candidate in recent memory – to my utter dismay – has favored leaving the welfare state almost entirely intact. How exactly is Trump different than anyone else in this regard?

Right-wing media outlets often tout Ted Cruz as a principled conservative, but – newsflash – he too favors preserving most of the welfare state. Certainly no one has heard him campaign against it.

Even when I am inclined to side with Cruz, I wind up disagreeing with him. For example, a recent pro-Cruz Super PAC ad questioned whether Melania Trump, who formerly posed nude for magazine photo shoots, was fit to be our next first lady. A true conservative appalled at the moral degeneration of American society would have applauded such an ad. Cruz denounced it.

And that leads me to my final point: Cruz is a politician. Simply out, there’s something fake about him. His cadences, his overly long dramatic pauses – they’re all affected. Trump nailed this point months ago when he said Cruz always talks as if he were debating. In other words, he never actually speaks like a normal person (even when he tries to appear “folksy” by wearing jeans on the campaign trail, which apparently is very presidential behavior).

So I ask my fellow conservatives: Do we really want to vote another politician into office? Someone who pretends to be a conservative purist but is anything but? Someone who claims to be a genuine man of the people but can’t utter a natural-sounding sentence?