Wisconsin and Welfare: Work and Marriage Help the Poor

Ed Feulner
|
Posted: May 02, 2018 12:01 AM
Share   Tweet
The opinions expressed by columnists are their own and do not necessarily represent the views of Townhall.com. 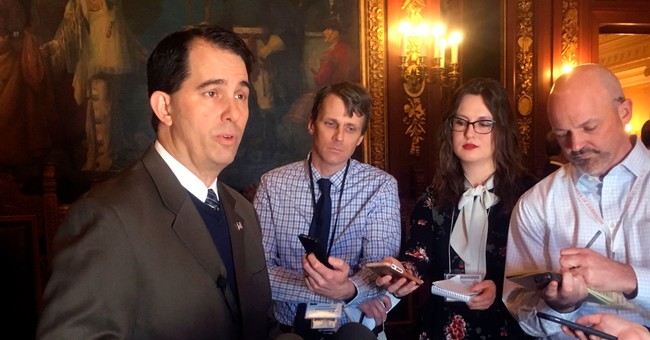 “It’s so evident that work is the only way to get people out of poverty.”

Chris Kapenga, a Wisconsin state senator, said the sentence above in regard to welfare reform legislation recently passed in the Badger State. “We’re going to help people get 30 hours of work and move them closer to being self-sustained.”

Of course, the senator is only half right; the other steady road out of poverty is a healthy marriage. But the basic facts about the gains of work and marriage still seem to elude some people.

Promoting work and marriage are the goals of welfare reform. Contrary to the caricature painted by liberals, conservatives don’t lack compassion for the poor. Quite the opposite. We know a failure to institute work requirements robs those in poverty of their dignity -- that if they’re able to work, we do them no favors by engaging in a simple handout.  And the collapse of marriage in low income communities has had devastating effects on men, women and children.

That’s why Gov. Scott Walker and his state deserve credit for taking the lead on reform issues.  Among other things, the latest reforms establish work requirements for housing programs, and strengthen already existing work requirements in food-stamp programs.

It may surprise some people that such requirements are even necessary. Don’t we, they may ask, already have them at the federal level?

We do, but it’s not as widespread as they may think. There are more than 80 means-tested federal welfare programs, yet only two have substantial work requirements: the Supplemental Nutrition Assistance Program and Temporary Assistance for Needy Families.

And of the 3,000 federal housing authorities, only 39 require any sort of work as a condition for housing assistance.

That’s where the Wisconsin reforms come in. They expand work requirements to all work-capable state residents who receive federal housing assistance.

“The generosity of federal housing subsidies and the expense of the program make it a good target for reform,” writes welfare expert Marissa Teixeira. “This measure will help those who utilize housing vouchers to reduce their dependency on government.”

Another new Wisconsin measure that would encourage self-sufficiency: increasing the number of work hours required of able-bodied adults without dependents from 20 a week to 30. The state is also expanding work requirements for parents with children above the age of 6 who apply for food stamps.

Some critics paint this an unreasonable. But if we’re interested in actually lifting individuals and their dependents out of poverty -- to break the crippling cycle that often ensnares multiple generations -- this is what we need to do.

Consider the success of the 1996 reform, which the Wisconsin one is built on. “That law, among other things, introduced work requirements to the Temporary Assistance for Needy Families program,” Teixeira writes. “The result was a 50 percent increase in employment among never-married mothers and a one-third decrease in poverty among that group.”

Wisconsin’s latest reforms offer a model for other states. Its efforts, in fact, remind me of a key recommendation in “Solutions 2018,” The Heritage Foundation’s latest policy briefing book: that when it comes to welfare reform, we should return fiscal responsibility to state governments.

Those governments administer many federally funded welfare programs, but inefficiency abounds – which is hardly surprising, considering that it’s not their money on the line. But if we began to shift things so that states not only administer but pay for the programs with state resources, we can expect that to change.

The final crucial element of reform, courtesy of “Solutions 2018”: We need to do much more to promote marriage, which is a proven weapon against child poverty.

Marriage reduces the probability of child poverty by a whopping 80 percent. Children in single-parent homes, by contrast, are more than five times more likely to be poor, compared to their peers in homes with both parents.

As President Lyndon Johnson said of the War on Poverty, “Our aim is not only to relieve the symptom of poverty, but to cure it.” Wisconsin in pointing the way. Will other states follow?