Our National Culture: What’s Up, What’s Down

Ed Feulner
|
Posted: Jul 19, 2017 12:01 AM
Share   Tweet
The opinions expressed by columnists are their own and do not necessarily represent the views of Townhall.com. 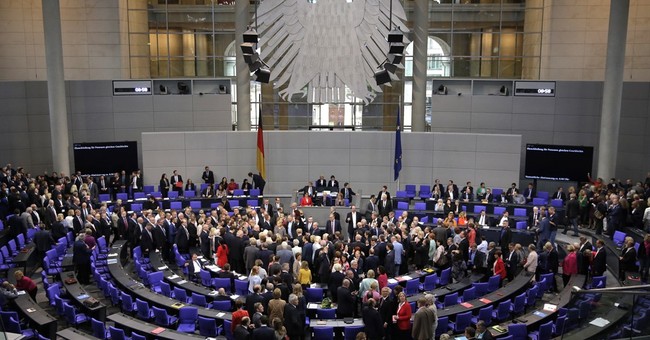 One of the upsides to the Internet? All that information.

One of the downsides? ALL THAT INFORMATION. Tons of it, spread all over the place. And who knows what’s reliable and what isn’t?

Say you want to know which direction the numbers in the U.S. are heading when it comes to welfare dependency. Or you’re curious about the divorce rate, or how bad teen drug use is. Or you’re wondering about unemployment or what the high-school graduation rate is.

Surprisingly enough, there’s a one-stop shop for fully-sourced information on these questions, and many more: The Heritage Foundation’s 2017 Index of Culture and Opportunity. I often describe it as a national dashboard of social indicators. And as always, some gauges this time out look pretty good. Too many others, however, are flashing red.

The Index isn’t intended to be a deep dive into policy minutiae. It’s a data-driven snapshot of where things stand, good and bad. But it’s not just a collection of charts and graphs. Short essays by a range of policy experts are included to give the issues context.

So what’s up, and what’s down? Here’s a sample of the bad news:

A declining marriage rate. The median age of marriage rose from 23.2 years in 1970 to 29.5 in 2016 for men and from 20.8 years in 1970 to 27.4 in 2016 for women. “Marriage has long been a part of the American dream,” writes Rev. Derek McCoy. “People have an innate understanding that healthy marriages build healthy lives and families. But the declining marriage rate shows that the dream is fading.”

Weekly religious attendance is down. It declined 2.1 percentage points between 2006 and 2016, continuing a gradual slide in recent decades. “The long-term decline in church attendance should trouble even those who are not personally religious,” writes John Stonestreet. As the scholarly research shows, “the benefits of regular church attendance…are virtually impossible to dispute.”

Teen drug use is up. Just under one-quarter of 12th graders reported current drug use in 2016, an increase of 13.5 percent since 2006. “Three main areas of concern are marijuana, opioids, and access to mental health/ substance treatment,” writes Christian Thurstone, MD. “Since 1999, the rate of people dying from opioid overdose has quadrupled.”

On the good-news side, we have:

Teen abstinence is up. From 2005 to 2015, the percentage of 12th graders who had ever had sex decreased by 5 percentage points. “The 10-year decline in the percentage of high-school students who have had sex should be a cause for modest hope,” writes Judy Romea. “This year’s rate is lower than at any other point in the history of this indicator going back to 1991.”

TANF participation is down. From 2006 to 2016, the number of individuals receiving aid from the Temporary Assistance for Needy Families (TANF) program decreased by about 727,000. “Trapping individuals in a welfare program that discourages work robs them of the chance for a better life,” writes Nic Horton.

All in all, 31 trends are covered in the 2017 Index of Culture and Opportunity. We clearly have our work cut out for us.

“The problems of culture and opportunity demand smarter and better policy at all levels of government, participation of civic institutions, and energetic private-sector players,” writes J. D. Vance, author of “Hillbilly Elegy: A Memoir of a Family and Culture in Crisis,” in the introduction to the Index. “But asking the right questions is a necessary first step, and this Index of Culture and Opportunity helps us to do so.”