The Unity of America

Ed Feulner
|
Posted: Jul 08, 2017 12:01 AM
Share   Tweet
The opinions expressed by columnists are their own and do not necessarily represent the views of Townhall.com. 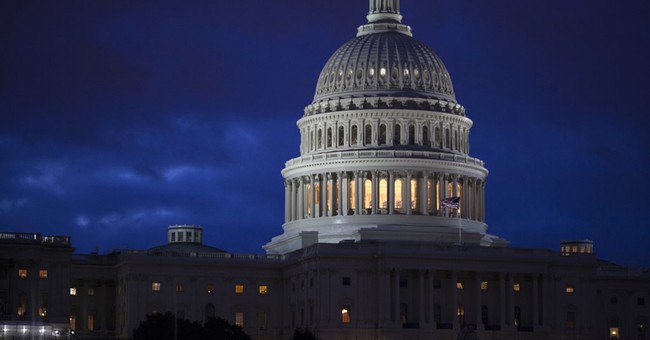 Despite our many differences, Americans have always come together every Independence Day to celebrate our national birthday. Which is truly fitting. From the nation’s beginnings, our leaders have warned that strength can be found only in unity.

George Washington said that “the bosom of America” was open to all, but only if they were willing to be “assimilated to our customs, measures, and laws: in a word, soon become our people.” Alexander Hamilton said the nation’s future would depend on its citizens’ love of country, lack of foreign bias, “the energy of a common national sentiment, [and] a uniformity of principles and habits.”

Indeed, the one sure way to bring down America, according to Theodore Roosevelt, “would be to permit it to become a tangle of squabbling nationalities,” each insisting on its own identity. And Woodrow Wilson said flatly, “You cannot become thorough Americans if you think of yourselves in groups. America does not consist of groups. A man who thinks of himself as belonging to a particular national group has not yet become an American.”

And, in fact, America’s classic immigrants did see themselves as individuals, ready to forsake their old allegiances and take on a new national identity. As John Quincy Adams told a visitor, “They must cast off the European skin, never to resume it. They must look forward to their posterity rather than backward to their ancestors.”

America has always sought to help immigrants incorporate their unique values and culture into the melting pot that is America. Becoming American has nothing to do with birth, ancestry, or ethnic identity; it is a state of mind, heart and beliefs.

In the past, new citizens of this great country were welcomed with a solemn ceremony befitting the commitment they were making. They had been through a rigorous testing process, demonstrating their command of English in a probing interview with an examiner of the Immigration and Naturalization Service (INS); they had proved their moral character and answered questions covering the history, culture, and political heritage of their adopted country.

Then, in a formal courtroom, a black-robed federal judge would lead them through the oath of citizenship, telling them what it meant to be citizens and how to live up to their new responsibilities. “Today you are Americans,” he would tell them, and he might well add, “You may call yourself ‘an American of Guatemalan descent,’ but first, last, and always, you are an American.”

Today’s new citizens have no such uplifting experience. They have passed a standardized, multiple-choice test, often administered in their native language rather than in English, that resembles a trivia quiz (“Who was the first president? How many states are in the U.S.?”). They have demonstrated their English in an equally perfunctory chat with an interviewer who knows they have passed the test; if they can write down a semblance of just one of two dictated sentences (“The American flag is red, white, and blue”), they pass—and spelling and punctuation don’t count.

Then, still in the nondescript local office of the INS, a bureaucrat reads them the oath. If they have brought their two standard photos, they can go straight to the passport office to be set up for their next trip “home”—to China, Honduras, Poland or Sierra Leone.

This scene is sadly symbolic of the way Americans of all stripes are being taught nowadays to think about their citizenship and their national identity. The national motto, E pluribus unum, remains on the books: Out of many, one.

But the unity that we once prized is eroding. What used to be seen as a melting pot, producing distinctive Americans from a hodgepodge of nationalities, has cooled to a salad bowl whose contents retain their original shapes and flavors.

America has endured much over its history, including a bloody civil war. Yet it has always drawn together, and it always will, provided we never lose sight of the principles that first forged our great nation -- and bequeathed our great unity.