Setting Our Military Up For Failure

Ed Feulner
|
Posted: Nov 23, 2016 12:01 AM
Share   Tweet
The opinions expressed by columnists are their own and do not necessarily represent the views of Townhall.com. 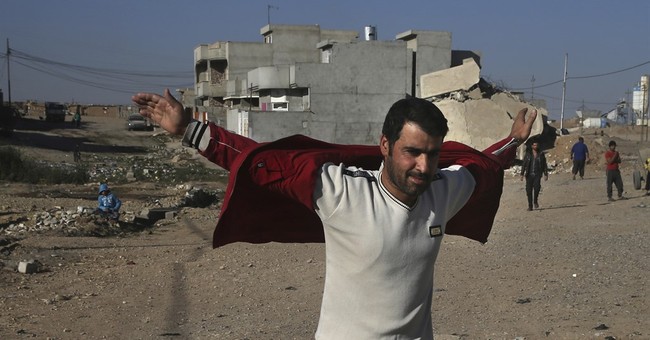 That was Al Gore in 1992, running for vice president. He was referring to the economy -- jobs, gas prices, the deficit, etc. But I find this soundbite more relevant to the state of our military today and the threats it faces worldwide.

Not that it’s getting much attention these days. Apparently people would rather argue about Broadway plays and the problem of “fake news.” But the 2017 Index of U.S. Military Strength is out, and it carries news that is, sadly, all too real: The readiness level of our armed forces is down. And the seriousness of the security challenges they face is up.

“The negative trends identified in our 2015 and 2016 editions continue,” says Dakota Wood, senior editor for the Index. “Our competitors are acting more aggressively and are investing more in their armed forces, which raised our score for the ‘threat environment’ to ‘high,’ the second highest category on our scale.”

The “most worrisome,” according to the Index? Russia and China. Both have been sinking a lot of money into modernizing and expanding their military capabilities. And each has been acting aggressively in their respective regions.

North Korea, surprisingly, saw its threat rating go down, from “severe” (in the 2016 Index) to “high.” But that’s one of the few pieces of good news. Middle-East terrorism is now at the highest Indexthreat level: “hostile.” Throughout the last year, terrorism degraded political stability across the region. The Index rates political stability there as “very poor.”

Our own military, meanwhile, is still struggling, due to historically low levels of funding imposed by the Budget Control Act of 2011. Worse, it’s being asked to do more, sustaining a high tempo of operations with a shrinking, aging and less-ready force.

Mind you, our military is extremely capable. And I know things may look good from the outside. But so does a house that’s slowly being destroyed by termites. Defense spending has declined by about $78 billion in real dollars since 2011. Each missing dollar is like a tiny termite, gnawing away at the structural integrity of our security.

Take a quick look at how U.S. military power is graded in the Index. (You can take a much more in-depth look at each branch, by the way, but let’s stick to the basics for now.) On a scale with five ratings (very strong, strong, marginal, weak and very weak), no branch of the U.S. military ranks above “marginal.” And one (the Army) is “weak.”

Even if Russia and China were as docile as lambs, and the Middle East was home to nothing but peace, do we really want to field a marginal Navy? A marginal Air Force? Marginal Marines? How about a weak Army?

You can cut force size and delay modernization -- all while imposing more missions -- for only so long. Sooner or later, your strength will be tested and found wanting. Eventually, you will ask the impossible and find that it is exactly that.

“A weakened America arguably emboldens challenges to its interests and loses potential allies, while a militarily strong America deters opportunism and draws partners to its side from across the globe,” the Index editors write.

Or as Osama bin Laden put it, “When people see a strong horse and a weak horse, they will naturally want to side with the strong horse.”

It’s time to wake up to the fact that we’ve been putting our military in a no-win situation, one in which they’re almost being set up for failure. And when they fail, we fail.