The ACLU, ESAs and the Future of School Choice 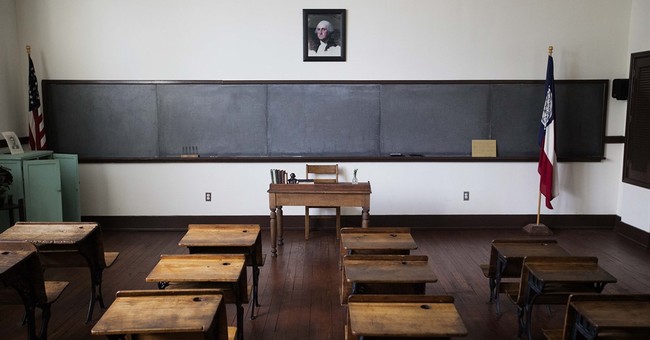 Another school year is underway, and more parents than ever are using school choice to ensure the best education for their children. Or should I say trying to use them? Some groups, after all, are trying to thwart them.

Who, you ask? Just ask parents in Nevada. The Silver State is one of five nationwide (along with Arizona, Mississippi, Florida and Tennessee) to have Education Savings Accounts (ESAs) that enable families to deposit their child’s state per-pupil funding in an account that can be used for a variety of education options.

No longer will students there have to put up with one-size-fits-all education. If the neighborhood public school provides the best fit for their child, fine. But if they want to use the money that would’ve been spent at their child’s “assigned” school for a different education option, they can do that instead.

Unless the American Civil Liberties Union gets its way. They recently filed a lawsuit to stop Nevada’s ESAs from taking effect.

This despite the fact that Gov. Brian Sandoval signed the program into law this spring and that it began accepting applications a few weeks ago. More than 2,200 parents have applied, and who can blame them? They know they’ll be able to use ESAs to pay for a host of education-related services, including private-school tuition, online learning, special-education services and therapies, textbooks and curricula.

“As the name implies,” writes education expert Lindsey Burke, “parents can also save unused funds, rolling dollars over from year-to-year to pay for future education costs.”

In short, they have high hopes for their children. They want the best possible future for them, and they know a good education is key to that. ESAs can help them get there.

So why does the ALCU object? Its lawsuit alleges that Nevada’s ESA program “violates the Nevada Constitution’s prohibition against the use of public money for sectarian (religious) purposes.” Yet the ESA funds go from the state to parents, not from the state to religious schools. The parents are the ones who can then use it to choose the right education option for their child, which may or may not include a religious school.

As the Foundation for Excellence in Education told the Arizona Court of Appeals in a similar case in 2013:

“The ESA does not result in an appropriation of public money to encourage the preference of one religion over another, or religion per se over no religion. Any aid to religious schools would be a result of the genuine and independent private choices of the parents. The parents are given numerous ways in which they can educate their children suited to the needs of each child with no preference given to religious or non-religious schools or programs.”

That’s been a godsend to students such as Max Ashton. Max is legally blind and used an ESA prior to finishing high school. According to Max’s father, Marc, a blind student in Arizona gets about $21,000 a year, which represents what the state spends to educate a student such as Max in the public-school system.

“We took our 90 percent of that, paid for Max to get the best education in Arizona, plus all of his Braille, all of his technology, and then there was still money left over to put toward his college education,” Marc explains. “So he is going to be able to go on to Loyola Marymount University, because we were able to save money, even while sending him to the best school in Arizona, out of what the state would normally pay for him.”

So on top of everything else, ESAs save taxpayer money, even as they expand opportunity for children. And opponents of school choice want to stop this?

That completely defies logic. Somebody is truly blind here, all right, and it’s not Max Ashton. We need more school choice, not less. You don’t need a diploma to see that.