A Welcome Check on Bureaucratic Power 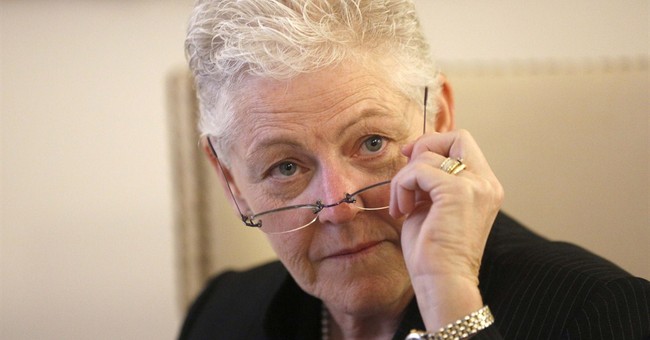 To say that conservatives haven’t had much to cheer about at the Supreme Court lately is an understatement.

Much has been said -- and rightly so -- denouncing the judicial acrobatics required to save Obamacare and strike down state bans on same-sex marriage. So I wanted to take a moment to spotlight a case where the Court got it right: Michigan v. EPA.

As the saying goes, even a blind pig finds an acorn once in a while. And in ruling that the Environmental Protection Agency improperly ignored costs when it decided to regulate hazardous air pollutants from power plants, the majority made the right call.

By the agency’s own estimation, its rule to regulate emissions from coal and oil-fired power plants would result in compliance costs of $9.6 billion annually. The direct benefits of the rule -- again, according to the EPA -- was $6 million a year.

“To put that in perspective,” writes energy and regulation expert Nicolas Loris, “it’s the cost-benefit equivalent of renting $1,600 in scuba gear to collect four quarters at the bottom of the lake. Every year.”

But wait, didn’t the EPA claim that there were indirect benefits to be realized from this rule, anywhere from $37 billion to $90 billion per year? They did. The alleged benefits included reductions in particulate matter and sulfur dioxide emissions from power plants, both regulated under a different section of the Clean Air Act.

But as Heritage Foundation experts Alden Abbott and Daren Bakst pointed out, “the agency didn’t take these benefits into account when deciding to regulate. In fact, the EPA’s regulatory impact analysis didn’t play a role in determining whether it was ‘appropriate and necessary’ to regulate.”

Even if all these indirect benefits were taken into account, we’d have to balance them against the fact that the EPA’s cost estimate, as high as it is, is almost surely much lower than the true cost. According to Loris, the agency grossly underestimated the number of power plants that would be adversely affected. That explains why industry projections -- which were much higher -- are likely more accurate.

It’s not just a matter of waste, as bad as that is. The EPA’s rule in this case would have enacted a fiscal toll on all of us. The industries affected by it would have been forced to pass the costs onto its customers.

And I don’t just mean the price of energy would have risen. I mean the cost of almost everything. It takes energy to produce the goods and services we buy. The inevitable result of this rule, had it been allowed to stand, would’ve been fewer jobs and a weaker economy. And all for what appears to be a pitiful benefit.

Another reason this decision is important: The courts tend to defer to the judgment and interpretation of the regulatory agency in question. But this time, common sense won out, and the courts provided an important check on the power of unelected bureaucrats. We could use a lot more of that.

There is still much more that needs to be done to rein in the EPA, and Congress should now take steps to do just that. But let’s not allow this victory to pass by unnoticed.