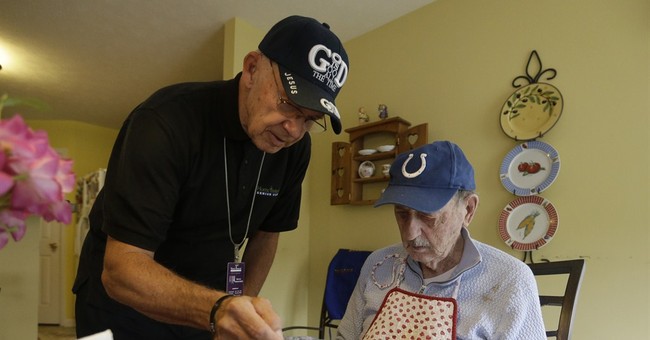 The Service Employees International Union (SEIU) likes to present itself as the champion of the little guy. But officials of SEIU Healthcare—“the fastest-growing union of healthcare, child care, home care and nursing home workers in the Midwest”—aren’t averse to a little high-living.

For example, in FY 2013 officials of SEIU’s Illinois-Indiana healthcare division (SEIU-HCII) chalked up more than $1.1 million in travel expenses—$13,000 of it on D.C. hotel expenses rung up at President Obama’s second inaugural.

The union designated all that travel as “representation activity.” Also claimed as a “representation” expense: a $6,000 liquor store tab for “beverages for a Christmas party.”

But union officials may not party quite as hardy in the future, thanks to a recent Supreme Court decision. In Harris v. Quinn the Justices ruled 5-4 that Illinois could no longer force home-based caregivers to pony up “fees” for SEIU.

The landmark case was brought by eight Illinoisans representing two groups of caregivers—those providing in-home care to the physically disabled and those tending to the mentally disabled.

Under Illinois’ Home-Based Support Services Program (HBSSP), both types of caregivers—most of them family members or friends tending to their loved ones—receive compensation from Medicaid. It’s a win-win arrangement. The alternative to in-home care—institutionalization—is far more costly for the state and denies patients the loving care of family members.

But in 2003 then-Governor (now-federal prison inmate) Rod Blagojevich made a political power play. He issued an executive order declaring the 20,000+ HBSSP participants caring for the physically disabled to be “public employees” eligible for unionization.

Rather than allow a secret ballot, he authorized a coercive “card-check” campaign that sent union organizers into workers’ homes—often repeatedly--to convince them to sign off on union representation on the spot. Ultimately, SEIU informed the state that it had the support of 52 percent of the home health workers, and the state promptly designated SEIU as their exclusive representative. Many homecare providers have since complained the SEIU mislead them about what they were signing. (Curiously, the state has since been unable to present any evidence that it ever verified the vote.)

The state also promptly started deducting dues and “fair-share fees” for SEIU from the home workers’ Medicaid payments. Those fees took as much as $750 a year out of caregivers’ Medicaid checks. The deductions have put $52 million in the union’s coffers since 2007.

In June 2009, newly elected Gov. Pat Quinn decided to sweeten the pot. He issued an executive order targeting the 4,500 providers in the mental disabilities program for unionization.

One of those providers was Pamela Harris, who tends to her 25-year-old son, Josh. Harris wanted no part of it. “There is no benefit to unionizing us,” she said. “There is no extra [Medicaid] funding to negotiate higher wages or paid vacations.”

Moreover, she insists, “Not a penny of Medicaid funding intended to help provide care for disabled men and women should be taken away and given to the union.”

Illinois doesn’t manage the home-health providers. It doesn’t hire or fire them. They are, as the Court noted, are “almost entirely answerable to the customers and not to the state.”

In other words, they are NOT “public employees.” Illinois has no business forcing them to pay a union to lobby on their behalf. Free speech means they get to make that choice.

As my Heritage colleagues James Sherk and Andrew Kloster note, the ruling will likely have only limited impact in the short run. Nationwide, only 100,000 home caregivers say they belong to a union. Yet the SEIU reports 600,000 dues-paying home care members nationwide. Thus, it appears, the vast majority of “organized” home care providers don’t even know that unions skim money from them.

The unions aren’t about to inform these caregivers of their First Amendment right to keep their money, so odds are the automatic dues and “agency fee” deductions will continue without their knowledge.

But the long-term outlook for public employee unions has dimmed. The majority opinion criticized the larger practice of forced unionization among government workers. Justice Samuel Alito’s analysis made it clear that forced dues schemes may violate the First Amendment rights of even “full-fledged” public employees.

The ruling in Harris v. Quinn, has limited application now. But it may herald a future restoration of freedom of association and free speech rights for millions of federal, state and local workers who rightfully resent being forced to support—through compulsory union dues—political speech and advocacy organizations that espouse views opposed to their own.