Afghanistan: Don’t Get Out, Get Smart 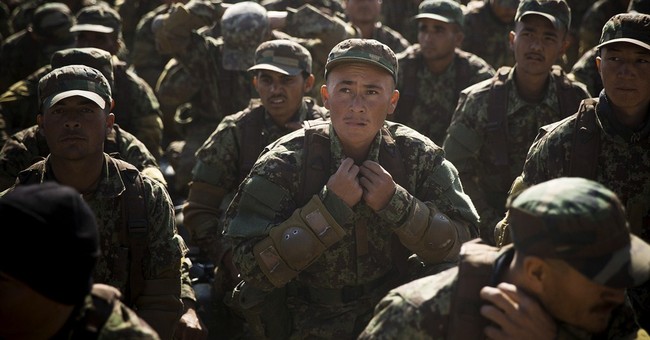 “For him, it’s all about getting out.”

That sentence from “Duty,” the new book by Robert Gates, should worry all Americans. Because if the former secretary of defense is correct about how President Obama feels about the war in Afghanistan, then we can expect that part of the world to become much more dangerous in the years ahead.

Withdrawing all U.S. troops from Afghanistan by year’s end, as the president is now on track to do, would be a serious mistake. Experts fear that Taliban leaders are simply using the negotiations process to gain international legitimacy and stall for time.

Basically, they’re trying to run out the clock until the U.S. leaves. And knowing that President Obama continues to show disinterest in what Gates and others portray as an “inherited war” can only help them do just that. The fact that insurgent attacks have been on the rise gives us an unsettling glimpse into what’s to come once U.S. troops are gone.

“We are already seeing the Taliban and al-Qaeda staging a comeback following Obama’s mishandling of the surge in Afghanistan and the drawdown of forces planned in 2014,” according to James Carafano, vice president of foreign and defense policy studies at The Heritage Foundation.

The question, to borrow a phrase from Gen. George S. Patton, is whether we want to -- in effect -- pay for the same real estate twice. Do we want history to repeat itself? Because the price of neglect can be steep.

Consider what happened after the Soviets pulled out of Afghanistan in the 1980s. The U.S. cut off aid and all but turned its back. That helped make it possible for terrorist networks to grow virtually unchecked, putting us directly onto the road to 9/11.

A U.S. withdrawal from Afghanistan would also make it more difficult to keep neighboring Pakistan in check. As Heritage’s Lisa Curtis noted in testimony before Congress last year, numerous terrorist groups in Pakistan keep the region unstable and contribute to the spread of global terrorism. Their proxies operate in Afghanistan and India.

Pakistani officials have made some effort to crack down on these groups, but their success has been far too limited and sporadic. They’ve received nearly $27 billion in civil and military aid over the last decade. It’s time to enforce strict conditions on future aid by insisting that Pakistani officials crack down on terrorism in all its forms. Unless we force them to act as more reliable partners, we’ll make no real progress in this war.

It’s also crucial that we drop any plans to pull out of Afghanistan entirely. Curtis recommended “a robust residual force presence” there beyond 2014, and with good reason. We need the people there to know that the U.S. will remain engaged -- diplomatically, financially and militarily -- for the foreseeable future. After all, the main reason Pakistani officials continue to support Taliban proxies such as the Haqqani network is because they think the U.S. will pull out of Afghanistan before the situation is stable.

In that event, as far as they’re concerned, the Haqqanis give them the best chance to secure their interests. But if the U.S. announces that it will leave a robust number of forces in Afghanistan beyond 2014, the Pakistanis will know we’re committed to finishing the job.

Administration officials may not be thrilled with what Robert Gates wrote about its conduct of the war in Afghanistan. But if they wish to leave a legacy of success in foreign affairs -- as well as ensure our future security -- they should take heed.

As Carafano writes, “What we need from the White House is leadership that reestablishes America’s ability to influence outcomes in the region for the good -- rather than trumpeting easy ‘fixes’ while doing as little as possible.” Now’s the time to display that leadership