D.W. Wilber
|
Posted: Jan 01, 2022 12:01 AM
Share   Tweet
The opinions expressed by columnists are their own and do not necessarily represent the views of Townhall.com. 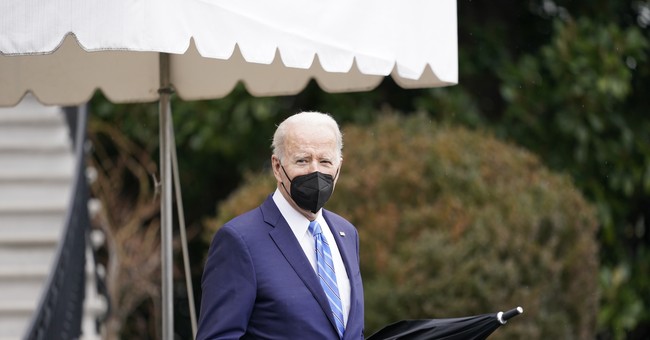 I’d like to wish a very Happy New Year to everyone, but unfortunately I’m very concerned that might not be in our future for 2022.

Our country is currently in its weakest, most vulnerable condition since the late 1920s - early 1930s.  The period before World War II when our military had been drawn down after World War I, and there was little concern about international threats. We had whipped the Kaiser in Germany during the ‘War to end all wars’, and our attention as a nation was instead to focus on our nation’s economic development and prosperity,  instead of maintaining military readiness to ensure that very economic development and prosperity happened.

Today we find our country disrespected and laughed at by our enemies around the world. In their view, we elected a president who is a buffoon, and who clearly - especially to our enemies – is not mentally capable of meeting the rigors of the job of America’s leader, let alone the world’s.

Joe Biden’s administration is also viewed by our friends and foes alike as being made up of a bunch of amateurs who are clearly out of their depth in dealing with the many challenges we face, as well as confronting our adversaries on the world stage. Many of those filling key positions in the Biden administration came from the former Obama administration where they were likewise viewed as not up to the job.

Our senior most military leadership is made up of incompetent ‘ticket-punchers’ who are primarily concerned about career advancement, and who haven’t a clue about strategy or command. They are nothing but political generals, not military leaders. How else can one explain our disastrous departure from our 20-year commitment in Afghanistan, where no one in senior military leadership has been held accountable for the wholly avoidable deaths of 13 American military members who were killed as a result of the failures of command.

The only person punished was Lieutenant Colonel Stuart Sheller who had the temerity to ask why no one in senior command stepped up to stop Joe Biden from following his catastrophic policy decision to abruptly pull out of the Southwest Asian nation in the dead of night, leaving only a small force behind to try to deal with the huge surge of refugees wishing to leave Afghanistan before the return of the brutal Taliban regime.  A huge surge that anyone with a functioning brain should have foreseen.  It’s understandable that Joe Biden might pursue this kind of folly, but his military commanders and Secretary of Defense most certainly should have stepped up and pointed him in the right direction.  But they didn’t.

Our congressional leaders are no better.

We have three more years of this administration and our enemies are on the move.  They clearly intend to take advantage of that time to inflict as much damage to America and our interests around the world as they can deliver. And it will be significant. By the time 2024 comes around the world will look much different than it does right now.

All that pessimism aside, I do sincerely wish you and yours the best for the coming year. We have an uphill battle ahead to wrest control of our future from the hands of the Marxists and the morons.  And I truly believe that only prayer is going to keep this country safe.  I’ve been wearing out rugs and my old knees doing just that. Our nation’s very survival depends on divine intervention once again, as it has many times in the past.