D.W. Wilber
|
Posted: Oct 11, 2017 12:01 AM
Share   Tweet
The opinions expressed by columnists are their own and do not necessarily represent the views of Townhall.com. 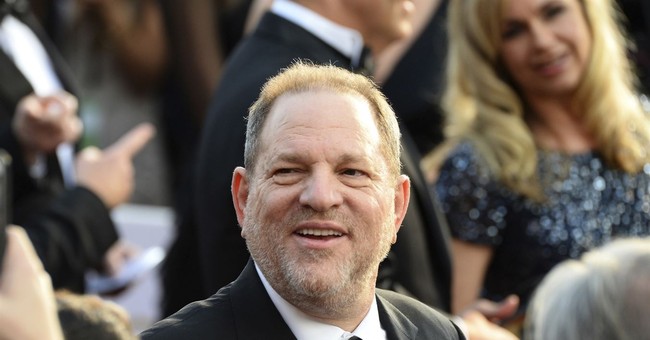 At the end of the whimsical 1950 movie ‘Harvey,’ the character Elwood P. Dowd, A.K.A. actor James Stewart, is seen walking off into the distance with his six-foot-tall rabbit friend Harvey, bringing to an end one of Stewart’s best performances in his nearly 100 films, television appearances, and movie shorts.

Stewart, one of the best actors Hollywood has ever produced, enjoyed a career spanning from 1932 until 1991. He was nominated for an Academy Award five times as Best Actor, and winning the Oscar for his performance in the Philadelphia Story in 1941.

Less known is the fact that Stewart also served his country as a military officer, being the first well-known Hollywood personality to enlist following America’s entry into World War II. As a pilot with the Army Air Corps he flew bombing missions over Nazi occupied Europe and was awarded the Distinguished Flying Cross and the French Croix de Guerre during the war.

Later as a Brigadier General Stewart also flew on a B-52 bombing mission during the Vietnam War. He ultimately retired with the rank of Major General in the Air Force Reserves following his 27 years of military service to this country.

Obviously Jimmy Stewart’s career was far more than his one performance in Harvey, the film about a man and his friendship with an imaginary - or not - six-foot-tall ‘Pooka’ rabbit.

Unlike many in the entertainment industry during Stewart’s time and even now, Stewart’s career was never marred by scandal. He remained married to his wife Gloria for 45 years, until her death in 1994. His adopted son Ronald was killed in action as a Marine in Vietnam in 1969.  Jimmy Stewart remains an example of everything that was once good about Hollywood.

In recent days another noted Harvey from Hollywood has taken center stage. This time not a mythical character in any whimsical movie, but from the sounds of it the main player in a real life horror film.

While the entertainment industry grapples with how this apparently ‘very well known secret’ could have gone on for what appears to have been decades, what is more interesting is how this Harvey also was able to travel in high profile political circles. Most notably with Bill and Hillary Clinton, and Barack and Michelle Obama.

It seems that in ultra liberal Hollywood as long as you toe the party line politically you can achieve wealth, fame, and success. And also the power to control the careers and futures of countless aspiring and established actors.

The American film industry which gave us Jimmy Stewart, John Wayne, and many other American patriots from that era, has become an industry that now gives us child molesters, perverts, and sex offenders like Roman Polanski, Woody Allen, and now Harvey.