America Deserves Better, Or Do We?

D.W. Wilber
|
Posted: Apr 11, 2016 12:01 AM
Share   Tweet
The opinions expressed by columnists are their own and do not necessarily represent the views of Townhall.com. 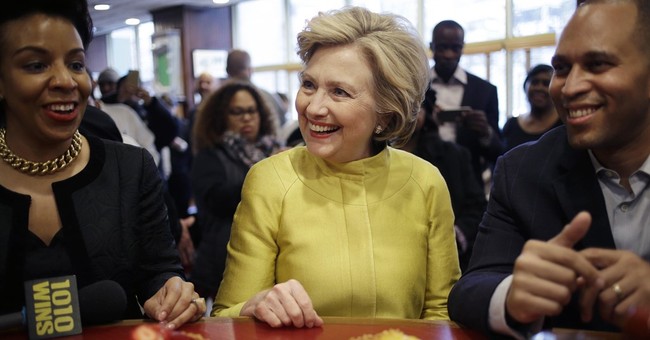 This political season has given us much entertainment from both major parties.  Hillary and Bernie for the Democrats, and Trump and Cruz turning in banner performances for the Republicans.  Great entertainment, but very little leadership or hope for America’s future.

Aside from her history as one of America’s most corrupt, dishonest and despicable politicians in American history, Hillary will now be widely remembered more for barking like a dog for the whole world to see.

That image, one of the most hilarious and entertaining images ever on display in a national political contest will surely come back to haunt Hillary for years to come, regardless of whether or not she wins the presidency.  But an absolute certainty if she does win the presidency!

I can see edited video creations showing up on YouTube for every issue that faces the president and the country.  If actually elected, the presidency under Hillary Clinton will become even more of a joke than it has been under Barack H. Obama.  Especially if she’s wearing an orange jumpsuit and giving press conferences not from the White House Press Room, but from the ‘visiting center’ at a federal penitentiary.

And the fact that she can’t seem to dislodge a doddering old closet communist from the Democrat Party’s nomination process tells one something about Hillary’s favorability among voters even in her own party.

Even though there are many young people “feeling the Bern,” in large part due to his promises of free stuff for everyone, Bernie is simply an old fool playing to audiences of people obsessed with themselves.  The ‘Me-Me Generation.’  If Bernie were a ‘colonel’ he’d be offering free chicken to everyone!

On the Republican side we have a billionaire businessman who can’t keep track of what he says from one day to the next, often times contradicting himself in the same day.  Not to mention the countless hours of video footage archived that show him in a much less than favorable light on just about every subject discussed.

His main claims to fame in presidential politics is a promise to “build a wall and have Mexico pay for it,” and to “win, win win.”  Though he’s never been able to articulate how he’s going to achieve these goals.  Voters are supposed to simply trust him to do it.

Trump’s main opponent on the Republican side, Ted Cruz, is a junior senator from the Great State of Texas whose sole achievement during his short tenure in the U.S. Senate was to shut down the government.

His record certainly doesn’t include any notable legislative accomplishments.  While everyone acknowledges his skills as a debater, merely being able to perform on a stage isn’t necessarily indicative of presidential leadership.

And then there’s John Kasich.  The apparently tone deaf governor of Ohio who seems to think that bragging about his long tenure in Congress is something Republican voters will view favorably, when the reality is that Americans are fed up with ‘career politicians.’  Maybe that’s why he’s trailing so far behind the others.

It would seem to me that we Americans deserve so much better than the politicians that we’ve saddled ourselves with for decades now.  But then again when only half the population ever taking the time to vote on Election Day - legal voters that is - and many of those votes are based simply on whether there’s an ‘R’ or a ‘D’ next to the name, we really only have ourselves to blame.

So maybe we get exactly what we deserve.