The Gipper and the Iron Lady 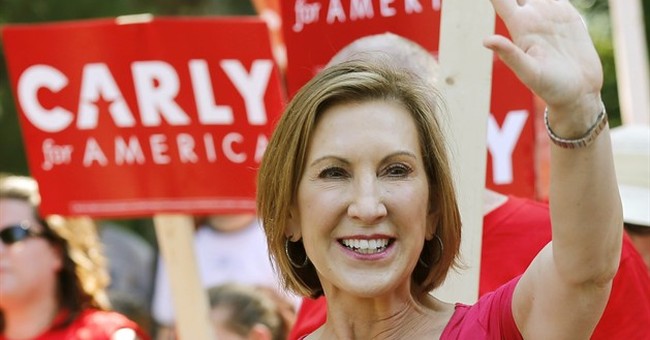 Last night at the President Ronald Reagan Library and Museum in Simi Valley, California, America was treated to a Republican presidential debate that promised, and pretty much lived up to the fireworks that had been expected. Much of which were directed at current front runner and businessman Donald Trump.

For days leading up to Wednesday night’s debate the media pundits had been predicting that the other Republican candidates would show up with their carving knives sharpened and ready to cut away at the current leader in the polls.

As the main target, ‘The Donald’ did not suffer any mortal wounds from all the stabs and jabs thrown his direction from the other candidates, but he also scored no points for himself with his sometimes petulant and juvenile behavior and comments.

To quote his opponent on stage, Kentucky Senator Rand Paul, “sophomoric” does indeed describe some of Trump’s facial expressions and shrugs as he responded to many of the comments being made. Americans clearly deserve more from a presidential candidate than eye rolls, shrugs, and grimaces in response to his opponent’s assertions.

While several of the candidates on the stage helped themselves, there were a few who clearly did very well. New Jersey Governor Chris Christy fairly successfully portrayed himself as a ‘man of the people’ with his performance by making the American people the focus of the debate on more than one occasion. And Marco Rubio is obviously well-prepared and knowledgeable on the issues, though he needs to lower the intensity level a notch or two when he talks. At times he almost looked like he was going to explode.

Former Florida Governor Jeb Bush neither really hurt himself nor did himself any real good. Bush standing next to Donald Trump made for a few lively exchanges but neither Bush nor Trump looked very presidential as a result of their sometimes testy give and take.

Rand Paul did fair, but his isolationist tendencies continue to be a problem. America can’t afford to disengage from the world, look what that has done under Obama. Huckabee was fiery when he spoke but it really looks like his time has passed. There’s a television show somewhere that is missing its host. Scott Walker just doesn’t seem to have enough steam to overcome the other candidates, and he needs to look to the future.

I’m not sure who his campaign advisors are, but is it a wise decision for John Kasic to continue to play on his congressional experience when Americans are clearly not interested in Washington insiders this election cycle. And Dr. Ben Carson was not assertive enough in the rough and tumble world of American politics. He’ll make a great Surgeon General !

But one candidate stood head and shoulders above the rest. Carly Fiorina displayed a keen understanding of the issues and provided detailed – as time constraints would allow – descriptions of how she would handle certain issues and challenges facing the country. She clearly was on top of her game and proved to be a formidable candidate against her current Republican opponents, as well as anyone Democrats might put forth.

In fact, as a woman of real accomplishment unlike Hillary Clinton, Carly Fiorina showed that as a conservative woman she’s more than prepared to weather what will surely be a withering attack sure to come her way from the left and Democrats once we reach the general election campaign.

The former Hewlett Packard CEO was forceful when she needed to be, and showed a great deal of poise and competence and an ability to counter-punch when her record was attacked and distorted by Donald Trump.

In each debate Fiorina has come out on top, and other than a moment when she allowed herself to be baited into a somewhat testy back and forth by Trump over each of their records in business, Fiorina maintained control and exhibited a great deal of confidence. Again, unlike the likely Democratic candidate Hillary Clinton who only possesses chutzpah.

The Reagan Library offered an extraordinary venue for these debates with Reagan’s Air Force One silhoueted behind the candidates, and not to mention Reagan’s own ‘presence’ looming over the entire auditorium.

And while some of the other candidates tried to connect themselves to the former Republican icon only one, Carly Fiorina displayed the traits so recognizable as “Reagan-esque”. Confidence, competence, and determination. Clearly a visionary.

Among the ‘Second String Debate’ there was no clear-cut winner. Though South Carolina Senator Lindsey Graham tried to present himself as folksy and garnered a few laughs during the debate, being a career politician, which Americans have overwhelmingly made it known they’re fed up with, his efforts pretty much fell on deaf ears.

Louisiana Governor Bobby Jindal tried to gain some points by attacking Donald Trump but his efforts were ill-advised. Trying to rise in the polls by diminishing the New York businessman as Jindal tried, is not going to be a winning formula for him. He’s been a good governor and he’s young enough, so he also probably needs to return his focus to Louisiana and wait for a future opportunity to try again.

George Pataki and Rick Santorum haven’t a snowballs chance in a very hot place of winning the nomination, and at least Pataki will probably drop out of the race in the near future. Santorum won’t take the hint, and will probably hold out for a while yet.

One thing is certain though, watching Carly Fiorina Wednesday night one could almost feel the Gipper smiling warmly from above, seeing once more not his dear friend Margarete Thatcher, but another ‘Iron Lady’ standing proudly on the world stage.