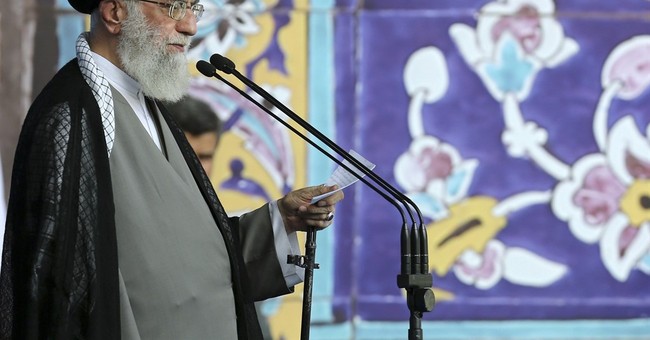 Listening to many of the reports on the television news one would think that getting the president’s nuclear agreement with the Islamic Republic of Iran through Congress might be touch and go. According to reporters there are a number of Democrats who have to be convinced to vote for the agreement, implying that the administration has to ‘win them over’.

Clearly those in the news media have forgotten recent history, or at least the history of the past six years when it comes to the Democrat Party. As was the case with ObamaCare, some Democrats who may currently oppose this Iran nuclear agreement will quickly change their vote once the appropriate amount of bribery has been paid by the Obama administration. Something the Obama administration has been more than willing to do in the past in order to achieve their goals.

How high the price will be, and how much the American taxpayer will get stuck with ultimately paying remains to be seen, but no one should be under the illusion that Democrats will maintain their “principles,” or vote their conscience when Barack Obama dangles millions of dollars in front of them. Ask former Senators Ben Nelson and Mary Landrieu.

While some Democrats may try to put on a dog and pony show of being independent, they have shown repeatedly that they will maintain party unity regardless of what the legislation is. It is rare to see a Democrat vote against the party leadership’s wishes on any major piece of legislation.

Barack Obama well knows that he can expect his party to stand firmly behind him and vote the appropriate way, the only question in his mind is how much he’s going to have to pay in order to get the vote of the few hold outs.

With so much opposition to this agreement coming from Republicans, Barack Obama is expected to resort to pointing the finger of blame, making threats, and generally try to divide the nation over an important issue yet again. It’s the Obama modus operandi.

While making his recent public comments regarding this agreement the president tried to imply that there were only two choices, signing the deal with Iran or go to war. Simply nothing more than another example of “you can keep your doctor,” a bald-faced lie the president has told to the American people during his years in office a number of times.

Either he has forgotten, or probably never knew that his foremost responsibility as president is to protect and defend the Constitution of the United States and the American people. Not to simply try to achieve any deal in order to have for posterity at least one foreign policy accomplishment during his presidency. Something to hang on the wall of his presidential library.

Contrary to what the president claimed there certainly were other options than going to war with Iran. But as Barack Obama has shown throughout his presidency, trying to divide or scare the country has been the driving principle of his time in office. Telling the American people the truth has not.

New Poll Spells Trouble for Biden with Record Low Approval
Townhall
'You love to see it': 'Slave catcher' NYPD officers put the hurt on left-wing activists guarding occupied retail property
Twitchy
Trump Eviscerates the Democrats in Rip-Roaring Rally in Arizona
Redstate
The World Has Had It With China Flu Lockdowns: Protests Rock Cities All Over the Globe
PJ Media