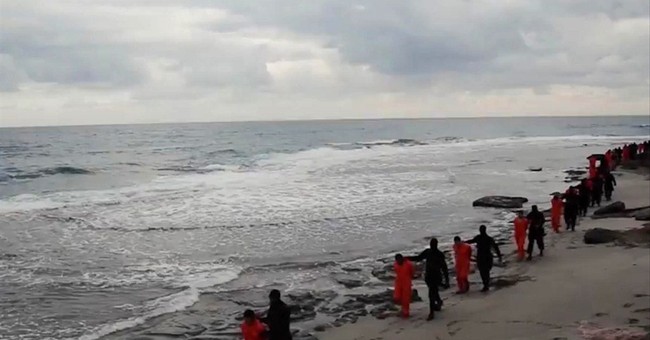 With the Obama Administration’s recent suggestions that we need to look at economic issues for what is driving ISLAMIC terrorist recruitment, perhaps we need to not only consider a jobs program but some other options as a way to lure budding young ISLAMIC terrorists away from a life of depravity.

Would a Jihadi Youth Center help discourage young MUSLIM men from pursuing the life of an ISLAMIC terrorist ? They could all gather together in fellowship and sit around and discuss philosophy instead of how is the best way to saw off someone’s head.

Instead of ‘Cash for Clunkers’ the administration could support a ‘gun buy-back program’, such as those that have met with such tremendous success(?) in cities across America. An ISLAMIC terrorist could bring their AK-47 into one of the local Iraqi police stations that are still standing, and turn his weapon in for a voucher good for one goat.

This would serve a dual purpose by giving the former ISLAMIC terrorist an opportunity to build his own flock to earn a living with, as well as provide companionship on those cold and lonely nights in the desert.

Considering our open borders under the Obama Administration, Jihadis are free to slip across from Mexico and easily reach the wide open spaces of the American Great Plains, where ‘Green’ Conservation Camps can be built to replace the terrorist training camps they run in Iraq and Syria.

It seems the Obama Administration’s answer to the root causes of terrorism are being attributed to anything but what it really is, that which is caused by evil and corrupt madrasas and Mosques where ISLAMIC Mosque Leaders fill the heads of young Muslims with hatred.

The catch phrases and liberal logic used by this administration to try to explain away how literally tens of millions of Muslims can be brainwashed into believing that God wants them to hold hatred towards other religions and other human beings is falling on deaf ears.

Americans know that it’s not proper to abuse, rape, and treat women like something less than domestic animals. And that the butchering, beheading, and burning people alive is certainly not doing God’s bidding.

And we know that the lies and disinformation that continue to emanate from the Obama Administration about terrorism being a “violent extremist” problem, and not a problem within ISLAM itself are complete and utter B.S.

As Barack Obama begins to send American service members back into Iraq to deal with the rise of ISIS, a problem created by Barack Obama himself for being so much in a hurry to get the U.S. out of Iraq, the American people are owed straight talk and a straight answer by the “most transparent administration in history”.

By failing to publicly identify and admit that the terrorist threat the world faces is primarily one emanating from ISLAM, the Obama Administration does a disservice to all the good, decent Muslims of the world, and to the American people whose sons and daughters are once again heading into harms way.