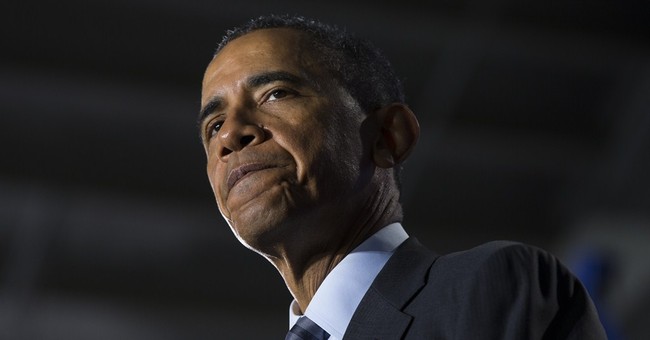 Now we finish up the sixth year of the Obama Administration, a presidency that began with real hope for many Americans. Even for many of those who did not support his campaign promises and voted against him there was hope that we would finally achieve a post-racial America having elected our first black president.

Everyone recognized that Barack Obama possessed some great skills as an orator. He clearly was able to reach people during his campaign speeches evidenced by all the little old ladies fainting and dropping like flies overcome with emotion at Obama’s teleprompt-ed words.

He wore sunglasses and looked suave so young people who grew up in an MTV and ‘selfie’ society, and who had little appreciation for America’s history or what America stood for, since it hasn’t been taught in colleges in decades, all came out in droves to vote for ‘Mr. Cool’.

Most who voted against him were still hopeful that once in office he would come to know that the reality of being president included having the ability to work compromises with the other two branches of government. Some of his more “progressive” ideas would have to be moderated... or so they hoped.

Unfortunately Barack Obama took office also having his party in control of Congress and the Senate so having to learn the art of compromise never entered into the picture for him. He simply ruled by decree and a compliant Democrat-controlled legislature fell into lock-step. All determined to foist their vision for America down everyone’s throats.

After six years we suffer from an Obama Administration that remains committed to “fundamentally transforming” the United States of America. After six years of ‘Obama-Truths’ which never match facts or reality, and after six years of appeasement and withdrawal from our position of leadership in the world what we have instead of hope is a nation suffering from a form of national ‘PTS’, an Obama-inflicted Post Traumatic Stress .

Using race and income to divide the nation Barack Obama quickly discarded the camouflage he used to hide his extreme left wing agenda during his campaign for president and returned to his roots as a ‘community organizer’. As a result the country was bombarded with claims of racism and unfairness, the so-called ‘Haves’ preventing “everyone from getting a fair shot”.

Americans witnessed rioting in the streets under the names of ‘Occupy Wall Street’, ‘Hands Up Don’t Shoot’, and ‘I Can’t breathe’, bringing with them the destruction of hard-working people’s property, along with wanton looting amid claims of some perceived injustice to rationalize their behavior. A nation being torn apart and all orchestrated by a White House determined to beat down and bring Americans to their knees in order to reshape the country into something entirely unrecognizable.

Reminiscent of the Jimmy Carter’s “malaise” pronouncement Americans watched as Democrats and Barack Obama made no mention of the greatness of America but instead railed against “the rich”, against Republicans, the Tea Party, and our racist and corrupt society that treats people unfairly and holds back minorities and “the poor”.

The nation has suffered as a result of this left-wing liberal onslaught against everything America stands for. Attacks against our rich national heritage and history and against everything good and decent in society have continued unabated now for six years.

Americans have been under attack by people committed to tearing down anything that is good about our nation and replacing it with their distorted vision of what we should be. Americans have most assuredly become a nation suffering from Post Traumatic Stress caused by all the attacks against who we are. And Americans are yearning for a way to return to a better time.

What America needs most at this time in our history is not another election in 2016 featuring the so-called “war against women” currently being dusted off and planned by Democratic strategists, along with more attacks based on race, class, and sex. Attacks made against fellow Americans for nothing more than base political purposes.

What America needs is to hear that we are basically a good and decent people. Fallible at times but strong enough and determined to overcome our mistakes and all the challenges we face, and return America to what it once was before Barack Obama came into office.

A place that President Ronald Reagan often told us about that, bright and “shining city on a hill”. A place the whole world looked to and sought guidance from and refuge in during very trying times. America the brave.

And the last hope of a world sinking into chaos and desperately in need of the United States stepping forward to resume our leadership role among nations.