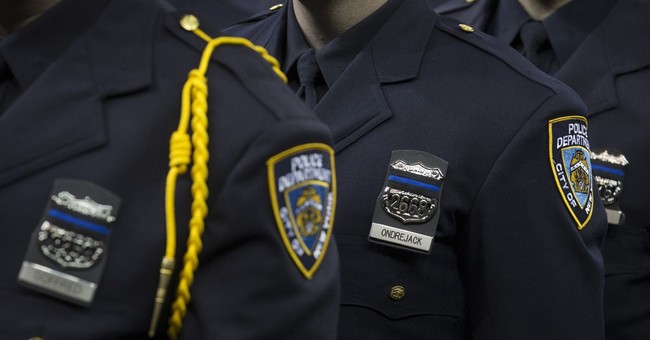 While policing has always been a hazardous job, in the months following the ‘Ferguson fraud’ there has been an increase in attacks, including outright ambushes of police officers on patrol or responding to calls for service. What appears to be a full blown offensive against law enforcement also appears to be at least tacitly approved of, if not choreographed by the White House, and has resulted in deadly assaults against police officers all across the country.

But what would be the motivation for this surge in violence directed against the police ? Could this be part of a last ditch effort on the part of the true Obama believers to complete his “fundamental transformation” of the United States of America, during the last two years of Obama’s administration ?

One way to help accomplish this is to put the police on the defensive, to create situations where the police begin to overreact and perhaps exceed their authority. When you undermine the authority of the police you create an adversarial relationship where the police are no longer respected or approved of.

Nor would they be trusted, relied upon, or supported. They become the enemy. When the police feel like they have their backs against the wall it may create situations where excessive force is used. Instances which would invite criticism from the news media, and the race hustlers like Al Sharpton would be certain to take advantage of.

Not to mention an Obama Administration Justice Department which appears determined to undermine local authority, and expand the reach of federal authorities into every police jurisdiction in America.

The one thing that separates us from anarchy and the chaos we saw with the ‘Occupy Wall Street’ crowd is the thin blue line of police officers. Professionals tasked with maintaining safety and order in our communities, and enforcing the laws of the land.

Are Police fallible ? Certainly. Contrary to the beliefs of some, Police Officers are human beings capable of making mistakes, at times of using poor judgment, and even in some rare cases being corrupt and unethical.

But police officers in this country are far more likely to arrest the man who committed the rape, to capture the bank robber, solve the homicide, and very often to risk their lives in service to others. And doing it all for not a lot of money.

As the choreographed demonstrations continue around the country Americans need to remember that it is the police we need to be supporting and looking to for leadership. Not the Occupy Wall Street crowd, the Ferguson rioters, or the New York marchers calling for “dead cops”.

Over the next two years it is the law enforcement professionals who will help save this country from the destructive course the Obama Administration has created. And help prevent Obama’s fundamental transformation of America from the world leadership role we have always held, to the third rate socialist nation he hopes to create before he leaves office.