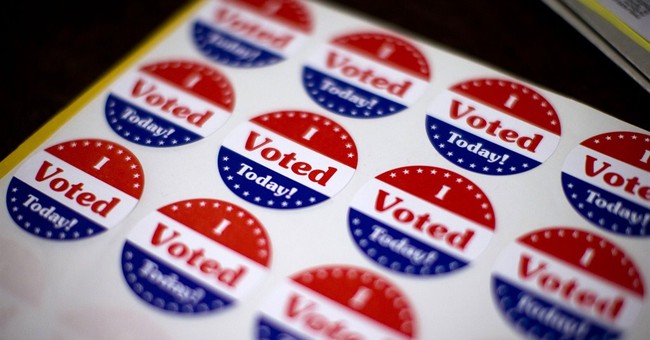 As occurs during every election season, the Democrats accuse Republicans of trying to suppress minority voting, and the Republicans accuse Democrats of encouraging voter fraud. While it’s the right of Americans to have a voice in their government through the power of their vote, in my mind the Democrats’ continuing efforts to make it easier for ‘anyone’ to vote is a direct attack against our national security. If anything, it should be harder for people to vote.

There was a time when Americans voted on one day, the first Tuesday in November between the hours of 7AM and 7PM, when the polls officially closed. It was the responsibility of all citizens registered to vote to make it to the polling places on that date and during those hours. Employers were required to give people time off from work in order to vote. If one served in the military or for other reasons was away on election day they voted absentee ballot. There was no ‘early voting’, extended hours, or open registration. One had to be able to prove citizenship in order to register to vote. And one had to be registered to vote at least a month before the scheduled election. Not unreasonable to expect in order to protect the integrity of our electoral process.

Far too many Americans have fought and bled throughout our nation’s history to protect this right. Along with protecting the right of people to vote is the obligation to protect the integrity of the vote. When the people’s voice is overturned through fraud, one is committing a crime against the American people, and against the security of our nation. We no longer are a government of the people, by the people, and for the people, but instead become a dictatorship. A people whose voice is no longer of any consequence to politicians who can steal elections through voter fraud, and simply dictate to us how we are to be governed.

As far as I’m concerned those committing and those supporting voter fraud should suffer severe consequences. It is a crime akin to committing treason against this nation in my opinion.

But what about the poor, shouldn’t they have a voice ? The simple answer is that indeed their vote should count for no less just because they’re not wealthy. But their vote shouldn’t count for any more either! If by choice or by the circumstances of life they find themselves among “the poor”, they improve their circumstances by educating themselves to select the candidate who will do the most to help them improve their station in life. Not by stuffing the ballot box.

Considering the millions of dollars being fed into political campaigns nowadays, we the people are quickly losing control over the political process. Candidates become beholden to those with the money, and those who bankroll the elections become the ‘voice of the people’.

It’s time for a national voter ID law, stricter controls over elections, and once again expecting Americans to accept their responsibility as a citizen to educate themselves on the issues and candidates, and to vote on Election Day.